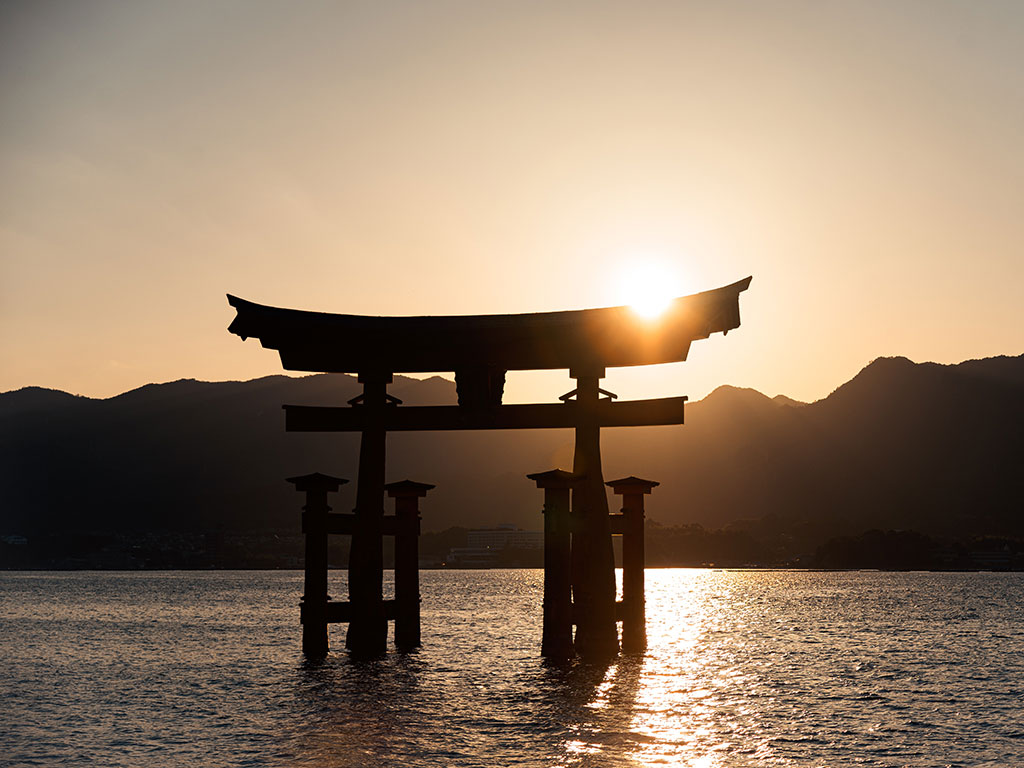 Since 1945, when the United States and the Soviet Union divided Korea along the 38th parallel, Northeast Asia has been in a state of war: North Korea, Russia and China to the north, and South Korea, Japan and the US to the south. The Berlin Wall fell at the end of the Cold War, but the 38th parallel that still separates the Koreans is becoming the symbol of a new Cold War and a serious nuclear threat. It is urgent to declare the end of the Korean War, build confidence in the area by setting up a Northeast Asia Nuclear Weapons Free Zone (NEA-NWFZ) with a “3+3 comprehensive approach.” Here is how.

The NEA-NWFZ with 3+3 comprehensive approach is a proposed treaty between three countries—Japan, South Korea and North Korea—to create an NWFZ, which would be guaranteed by the three countries of the United States, China and Russia. In order to provide negative security assurances, all six countries would agree to refrain from attacking or threatening the region using nuclear and/or conventional weapons. The shorthand name used for this project is the “Three-plus-Three initiative” (also “3+3”).

A very early proposal to establish an NWFZ on the Korean Peninsula was suggested by the 1959 Soviet Union. China also proposed an Asia Pacific NWFZ in the late 1950s. Both were rejected at the time by the Western powers, and a few years later, in 1964, China was to develop nuclear weapons. So began the Asia Pacific nuclear weapons proliferation spiral, from U.S. nuclear deployment in the 1950s, Chinese nuclear acquisition in 1964, India and Pakistan acquiring the bomb in 1998, and North Korea in 2006.

The proposed NEA-NWFZ would serve to link up with the existing Southeast Asian NWFZ, the Central Asia (Semipalatinsk) NWFZ, and the South Pacific NWFZ to expand the reach across the world. It would also be a major inspiration for countries in the Middle East.

The nuclear arms control agenda has two interlinked components: non-proliferation and disarmament. Nuclear-weapon-free zones (NWFZ) are legal mechanisms for the former and political stepping stones towards the latter. (Ramesh Thakur, 1998)

The UN General Assembly, in Resolution 3472B (1975) has defined an NWFZ as a zone that complies with “any zone recognized as such by the General Assembly of the United Nations, which any group of States, in the free exercises of their sovereignty, has established by a treaty or convention whereby:

(a) The statute of total absence of nuclear weapons to which the zone shall be subject, including the procedure for the delimitation of the zone, is defined;

(b) An international system of verification and control is established to guarantee compliance with the obligations deriving from that statute.”

In addition to this definition, the UN Disarmament Commission in its report of April 30, 1999, recommended a set of principles and guidelines for the establishment of an NWFZ, which included, inter alia:

”The nuclear-weapon States should be consulted during the negotiations of each treaty and its relevant protocol(s) establishing a nuclear-weapon-free zone in order to facilitate their signature to and ratification of the relevant protocol(s) to the treaty, though which they undertake legally binding commitments to the status of the zone and not to use or threaten to use nuclear weapons against States parties to the treaty.”

In sum, a NWFZ is a mechanism to protect a specific zone within a non-nuclear umbrella.

There are seven existing NWFZs

Excluding space, the moon, and the seabed, there are seven existing NWFZs. According to the research paper by Dr. Michael Hamel-Green, the established NWFZs have all involved leaders advocating at various levels for the proposed treaty to become a reality, whether within governments, regional organizations, international bodies, political parties or civil society groups.

Some of the most developed proposals for an NEA-NWFZ have been those put forward by Hiro Umebayashi, John Endicott, the Nautilus Foundation, and regional gatherings of Northeast Asian specialists and experts convened by the Nagasaki University Research Center for Nuclear Weapon Abolition (RECNA), and its associated regional Panel for Peace and Security of Northeast Asia (PSNA) involving experts from Japan, South Korea, Mongolia, Europe, the United States, Australia, and specialists from South Korea’s Sejong Institute, Japan’s Peace Depot, and the U.S.- and Australia-based Nautilus Foundation.

Umebayashi, in association with Peace Depot, has developed a Model Northeast Asian NWFZ that would cover the two Koreas and Japan, with a supportive role for China, the United States and Russia (3+3). The Model Treaty incorporates core denuclearization provisions and negative security assurances but also goes further than other established NWFZs by explicitly asking that zone members discard their dependence on extended deterrence (the nuclear umbrella).

As Umebayashi notes, there was agreement at the Treaty on the Non-Proliferation of Nuclear Weapons (NPT) 2000 Review Conference that NPT parties would seek “a diminishing role for nuclear weapons in security policies.

U.S. President Joe Biden will need to take a number of steps to restore allied confidence in the United States. Strengthening the U.S. nuclear umbrella isn’t one of them. (Gregory Kulacki in The Diplomat, 2021)

The current Japanese government failed to ratify the U.N. Treaty on the Prohibition of Nuclear Weapons (TPNW), which became international law this year. The TPNW is the first treaty to define nuclear weapons and associated activity as illegal. Heavily relying on the U.S. nuclear umbrella for security, Japanese Prime Minister Suga cited the weakness of support for the treaty (52 out of 193 U.N. Member States have ratified it) would limit its effectiveness, and asserted that Japan has no intention of signing it.

The gap between the government’s position and public sentiment is glaring. A recent academic poll found that 75% of the Japanese public believe their country should join the TPNW. Further, as of April this year, 1,653 out of 1,724 cities of Japan (96% of regional cities) declared themselves an NWFZ. This effort was largely led by the National Council of Japan Nuclear Free Authorities, inspired by the 1980 Manchester City Declaration of Nuclear Free Zone.

While the current Japanese government has yet to embrace any form of NEA-NWFZ, there are antecedents. The Japan Socialist Party advocated for a similar treaty and issued a joint communique with North Korea in 1981 that proposed the abolition of nuclear weapons in Northeast Asia, the withdrawal of foreign troops, an end to military alliances with external countries, and the establishment of an NWFZ on the Korean Peninsula and around the East China Sea.

In 2009–10, the Democratic Party of Japan, led by Yukio Hatoyama, strongly supported an NEA-NWFZ and established regional organizations that might address security issues in East Asia.

In late 2011 a new initiative appeared regarding efforts to establish an NEA-NWFZ by Dr. Morton Halperin, senior advisor to the Open Society Institute. Because of this proposal, the framework of the discussion has shifted from the question of whether such a zone might even be possible, to what kind of approach might be taken to actually realize it. It was a game-changer. These are the six core proposals in the 3+3 Comprehensive Approach from Dr. Halperin:

After going through series of international conferences convened by the Research Center for Nuclear Abolition at Nagasaki University (RECNA) with North Korea, China, the United States and Russian counterparts, a Comprehensive Framework Agreement (CFA) was proposed RECNA Proposal p. 12–3., based on the Halperin’s comprehensive approach. The four confidence-building measures, calling on the states to:

Where do we start? A Coalition for the 3+3

A binding treaty will have to be approved by the national parliaments involved, and a declaration of such an agreement may signed by the heads of the governments. However, it might not work unless we have broad national and international public support.

There is now greater potential for action from regional and international networks, including the Asia Pacific Leaders Network (APLN), the European Leaders Network (ELN), the Japan Peace Committee’s annual forums, and the International Campaign to Abolish Nuclear Weapons (ICAN). Parliamentarians for Nuclear Non-proliferation and Disarmament (PNND), with its global coordinator Alyn Ware, currently counts more than 700 members of national or regional parliaments from more than 100 countries among its ranks. PNND and Mayors for Peace organized the civil society forums for the Conferences of State Parties to the NWFZs.

Given the enormity of the challenge, how do we start? First, we should put together a Coalition for the 3+3 (C3+3), drawing on the lessons from the World Federalist Movement / Institute for Global Policy’s (WFM/IGP) successful and historic experience mobilizing the Coalition for the International Criminal Court (CICC). As a first step in the establishment of the Coalition, WFM/IGP has formed an Advisory Group to discuss the formation of a Coalition and the willingness to support the project through collective action and fundraising to establish and host a Secretariat in the region.

From the Berlin Wall to 38th Parallel North

Mexican diplomat Alfonso Garcia Robles, the principal architect of the 1967 Latin American Tlatelolco Treaty, said the following at the 1974 UN General Assembly plenary meeting (line 33): “Because of the reluctance of the nuclear Powers to adopt effective disarmament measures, non-nuclear States should resort to procedures similar to those which apply in the case of an epidemic: to seek gradually to broaden the zones of the world from which nuclear weapons are prohibited for all time so that the territories of the nuclear powers will constitute something like contaminated islands, subject to quarantine.”

Nuclear deterrence, to be credible, must convince the opponent that it will be used when put to the test. The test is not the capabilities of the weapons, but the willingness to use them. The “low-yield” nuclear weapons, like the W76–2 warheads, were deployed to the US sea-launched cruise missile (SLCMs) in 2019, with a reported capacity of 5kt (the Fat Man dropped in Nagasaki was 21 kt). Deploying these low-yield, easier-to-use nuclear weapons would escalate to a nuclear war that would result in the annihilation of the planet. We urgently need security cooperation in Northeast Asia.

The fall of the Berlin Wall in 1989 should have resulted in the elimination of the 38th Parallel North. It is not too late. We start the process of forming the Coalition for the 3+3 (C3+3) in the shared spirit of security cooperation. We need a coalition because the issue requires collective action, because it is beyond the scope of an individual organization, and because it requires extensive pooled resources and capacity.

The European Union started with EEC (European Economic Community) in the spirit of economic cooperation. Soon after the fall of the Berlin wall in 1989, the initial 12 nations ratified the treaty establishing the European Union, resulting in sustainable peace of the area. Similarly, negotiating an NWFZ has historically taken between 13 years (Rarotonga treaty) to 35 years (Pelindaba treaty) to conclude, after one or more governments of the region officially proposed the idea. But come to think of it, it is an effort of only one generation.

Tadashi Inuzuka is the Former Senator of the Japan Foreign Affairs and Defense Committee and the Adviser for a Canadian International Relations company in Japan. He is the owner of EWA Hotel Waikiki in Hawaii and the CEO at the Okushiga Kogen Ski Resort in Nagano. Currently, he serves as the President of Island Voice KK, a Japan-based consulting and advisory firm.