It’s Time to End the Suffering: Let’s Establish a Global System of Collective Security Backed by an International Standing Force 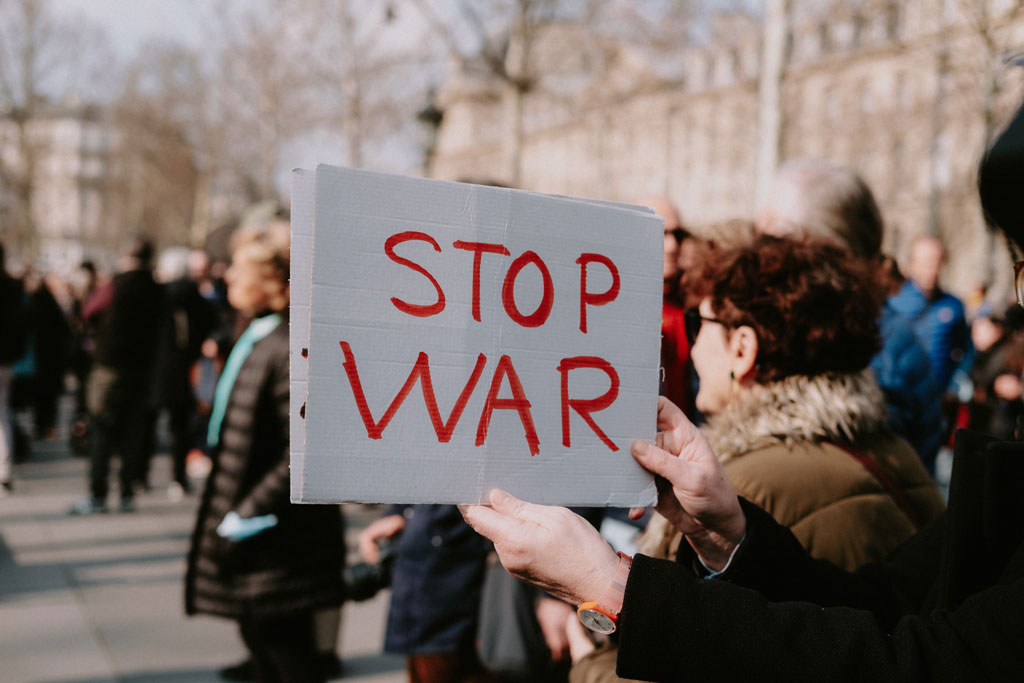 Our world is being crushed under the torrent of cascading crises. In the past two years alone, we have been buffeted by the twin crises of a global pandemic and a global economic recession which continue to plague us on top of the increasing ravages of climate change. Just as we thought things couldn’t get worse, we find ourselves in the grip of a war in Ukraine that has spawned a massive refugee crisis, disrupted energy markets, spawned a global food crisis and is likely to trigger a Third World War that could involve nuclear weapons.

It beggars belief that our 21st century world allows one leader to hold the entire world hostage given that humanity’s unprecedented interconnectedness and interdependence has made it a single body with its multiple nations serving as its limbs and organs. Just as it makes no sense for us to stand back and allow malignancy in one part of the body to magically heal itself, so too, it makes no sense for the community of nations to abdicate responsibility by standing by as one nation is ravaged by war; for, in the end, the well-being of the world is dependent on the well-being of its constituent nations and vice versa. The Ukraine war provides us with ample evidence of this principle: it has already spurred a massive refugee crisis, triggered a global shortage of energy resulting in a spike in the price of oil and gas, inflation is running rampant, decimating economies in its wake and poised to tip the world into an economic recession, and the UN estimates that 828 million people go hungry every night while 50 million are on the brink of starvation as we stand in the grips of a global food crisis caused by shortages of wheat, barley, corn and fertilizer. Last, but not least, it is increasingly evident that the risks of miscalculation in this war could lead to a global war that could well include the use of nuclear weapons.

Any use of nuclear weapons will be catastrophic. Experts tell us that even a limited nuclear war (confined by geography and duration) is likely to result in 10 years of no summer, destroying crops and resulting in 1 billion of the world’s population starving. The stakes are unacceptably high. The time for apathy is over. The international community can no longer abdicate its responsibility. We, the world’s citizens, must do our part and urge our leaders to act with ceaseless energy to build a system of global governance fit to serve humanity’s needs at this stage in its collective growth that is founded on two insights: firstly, the fundamental interests of all nations are fused, it is therefore futile to continue attempting to maintain an equilibrium of competing interests; secondly the moral obligation enshrined in globally-accepted principles like the Responsibility to Protect are meaningless if there is no institution to embody and apply them.

Our first step should be to press our leaders to enter into a global agreement creating a viable system of collective security. This agreement would limit the amount of arms each nation can possess to what is necessary to maintain order within its borders. All other weapons must be destroyed under a system of international supervision to be devised. Similarly, all nuclear weapons must be eliminated in phases over a set period of time. Nations must agree to forego war as a tool of international relations. Most importantly, they must agree that if any one nation breaches any of the provisions of this agreement thereby threatening the world’s peace, all would arise against it and bring it to heel. Ultimately, this is the only untried yet effective way to stand up to a bully on the international playground.

It should immediately be apparent that such a rule-based system of collective security is useless unless backed by a robust system of enforcement which is why the second action step has to be the establishment of an international standing force made up of troops and equipment contributed by all the nations of the world. This force would function at the behest of a global legislature directly elected by the peoples of the world and in accordance with predetermined rules laying out the conditions for its use. Its primary aim should be to maintain or restore peace for example in cases of proven genocide, or unlawful territorial aggression, or illicit nuclear weapons programs. It could also be used to assist populations in times of natural disaster like earthquakes, tsunamis, or pandemics.

By taking the steps proposed here we will ensure that the suffering of the people of Ukraine and many others like them whether in Yemen, Tigray, Sudan, Syria, or Myanmar, to name a few will not have been for naught. We will have responded to the observation and call of President Zelensky in his address to Congress: “We need to create new tools to respond quickly and stop the war . Today, the world does not have such tools.” He went on to say the institutions we created in the past don’t work and “So we need new ones, new institutions…” Let us heed his words and build a viable system of collective security and a standing international force to ensure that the world will never again experience such horror.