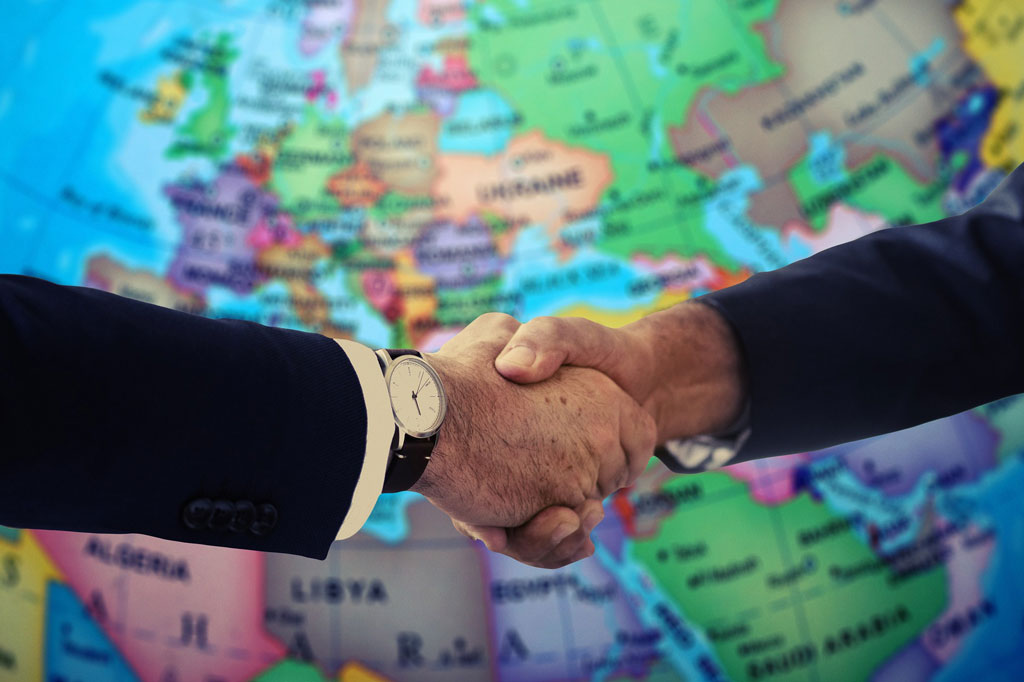 When the Union of European Federalists (UEF) and the World Movement for World Federal Government (the present WFM-IGP) met in Montreux in 1947 the world was very different from today but the challenges were similar. A devastated Europe and a world impoverished and reeling from the second global conflagration in a generation was seeking ways of trying to prevent any such thing ever happening again. NATO was yet to be formed and the Universal Declaration of Human Rights yet to be adopted but the origins of the United Nations had been formulated during the war itself. The Nuremberg and Tokyo trials heralded the creation of the Special Tribunals for Former Yugoslavia and Rwanda and the International Criminal Court fifty years later. The challenge then was how to avert a third world war between the West and the Soviet Union with the use of nuclear weapons and there were many hawks who wanted the West to seek to eliminate the Soviet Union as an ongoing threat.

When faced with the current danger of the war in Ukraine escalating into a wider conflict we should not forget the tensions that existed in the aftermath of the Second World War: the Berlin airlift, the Cuban missile crisis, the Cold War during which Western forces faced across the Inner German Border with a policy (that I remember well as I served in 3rdArmoured Division HQ) of dealing with a Russian invasion of Germany by drawing their overwhelming forces into a chillingly named “killing zone” and then firing a nuclear shell from an 8” howitzer that had a range of only 16,000 yards so it was already limbered up and ready to go in case the wind changed with fallout coming our way – hence the term “shoot and scoot”! We then lived under the fatal guarantee of Mutually Assured Destruction – MAD in name and in concept.

Throughout those years the Montreux Declaration has been kept alive by both WFM and UEF – the axiomatic desire to see a greater global governance in which war is outlawed and international relations are governed by therule of accepted law enforced by courts. While we recognise the unfinished business the world has moved on since those times. I mentioned the International Criminal Court and as we speak evidence of indictable war crimes and crimes against humanity is being gathered on atrocities committed by Russian troops. They are of such magnitude that there may have to be a separate tribunal again.  No nation can ever go to war again without knowing that not only is it likely to be guilty of the crime of aggression but also what are the required norms of military behaviour.

International lawyers have been kind enough to tell me that in their opinion there would not now be an International Criminal Court had it not been for WFM mobilising some 2,500 NGOs worldwide to support and influence the governments likeTrinidad & Tobago that were taking forward the idea. That was confirmed to me only recently by HE Anthony Carmona,the fifth President of Trinidad and Tobagoand previously High Court Judge at the Supreme Court of Trinidad and Tobago and Judge of the International Criminal Court who assisted Prime Minister Robinson in his efforts with the legal issues and with whom I had dinner in London.

Apart from the split between UEF and WFM in 1947 which Guido will mention later today and which to my great pleasure was repaired within living memory and is re-emphasised today in the joint declaration, it was the conscious choice of WFM, while advocating the big picture of a democratic global federal structure of world government, to choose those constituent parts of the overall structure that were most likely to come to fruition or whose time had come, such as the ICC. To some this seemed as though we had lost our overall vision and become a one or two horse organisation in pursuing with all our vigour the two coalitions. The success of those two ventures belies the perception that we had lost our way. Indeed, far from it, we had secured major advances. To be successful in accordance with our limited resources that is the way we must work – to choose those issues that capture the public and political interest at any one time and pursue them. That now may well be to push for both an Environmental Court and the addition of ecocide as a crime within the panoply of the ICC – a formulation of the latter having already been drafted by international lawyer Philippe Sands KC and colleagues. Of course, others are also pursuing these objectives, some with considerable success and single-mindedness and that is why we must be prepared to work in partnership and using the model of coalitions which has been so successful in the past.

Much fear has been engendered by the apparent solidarity between the autocracies if China and Russia yet this is not as enduring as it may seem.Not only can China swallow Russia’s economy ten times over but it has its own agenda in the South China Seas which it will not allow any support for Russia to disrupt.  Moreover, China has made clear that the first use of nuclear weapons is unacceptable – so Putin needs to act at his peril.Last night I was privileged to be a guest at Windsor Castle where I was able to discuss issues with the internationally acclaimed historian Professor Margaret MacMillan after her speech on War and Ethics in which she asserted that Putin is following in the line of previous aggressors by using a perverted and personal interpretation of history as an excuse.

Perhaps within both China and Russia we are seeing the seeds of their own destruction in popular movements now reinforced by the global spread of digital information unprecedented in history. What is certain is that when the war in Ukraine ends, especially if it is with the humiliation of Russia, we all must be prepared to offer the hand of friendship in reconciliation – for a wounded beast is a more dangerous animal. We must bring Russia within the fold of nations, an intellectual new Marshall Plan which can build mutual trust and confidence.

Although the international rules-based system is under threat and the world has polarised into three power centres, two of which are non-democratic, we owe it to our founding mothers and fathers in Montreux to keep alive the desire of popular participation in global governance and mediation through dialogue rather than nations squaring up against each other. The Coalitions for the International Criminal Court and Responsibility to Protect in which we were leading actors demonstrated the importance and relevance of civil society participation in these major issues. That is increasing in its application with now hardly any international gathering of states whether the G20 or COP not having civil society alongside it as a matter of right and acceptance.

It is the growth and enhancement of the authority and reach of international institutions as well as the universality of human rights to which we rightly give our attention that has sounded the death-knell of impunity of the Westphalian nation state which is now seen as inadequate to keep peace and stability in an interdependent world, even if that condition now seems under threat. According to Philip Bobbit in The Shield of Achilles these nation states are morphing into market-states. The genie cannot be put back into the bottle but in diminishing the power of the nation state we must play our part in ensuring that the panoply of international instruments is sufficient to fill the vacuum. The ability of the peacemaker which, many would argue, is also an obligation, is to take a disinterested view of history and view conflict from the perspective of all antagonists not just a partisan approach. Without that it is impossible to see the flaws in the supposed resolution of war and discern the origins of the next outbreak in the peace treaty of the last.

If we wish to outlaw war then we must look not so much to who are the victors but to the peace that concluded the conflict – for the seeds of the next conflagration are mostly sown in the settlement of the last. The answer to ameliorating the dangers of this world which have been with us for centuries in different forms has always been clear. It is to bring all the nations together in a concerted effort to turn swords into ploughshares and to seek general disarmament starting with nuclear arsenals which, by now, almost certainly are otiose and have lost any significant purpose. Yet that goal can only be achieved in a climate of trust and co-operation and it is that for which we must strive.