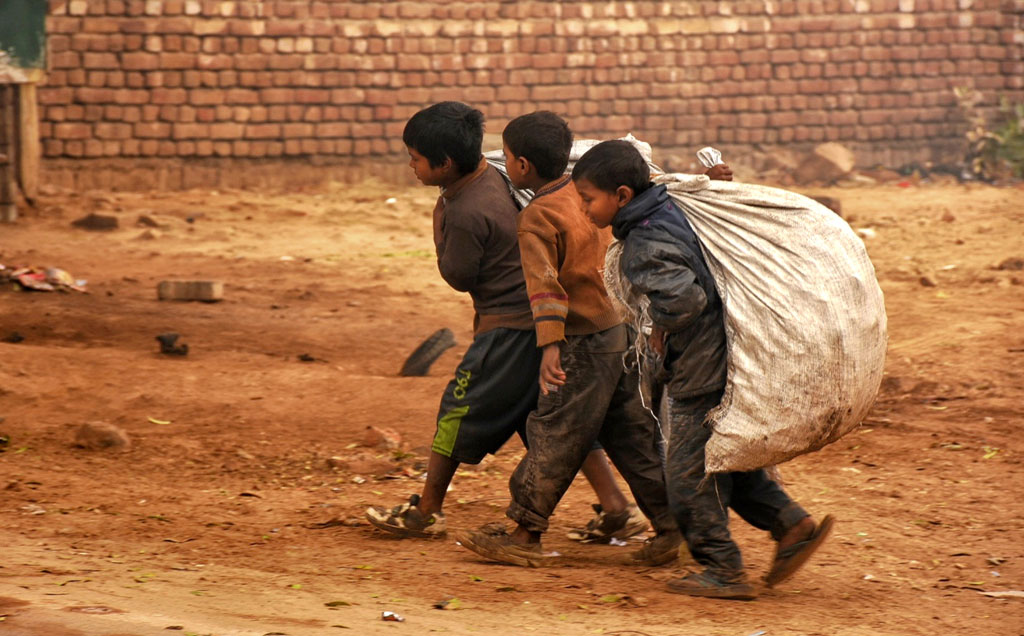 On the International Day for the Eradication of Poverty on 17 October it is wise to consider why poverty in our countries and the world is such a scourge.

Apart from moral and religious imperatives in eradicating poverty there are strong economic and societal reasons for doing so in order to achieve a more cohesive and productive community both domestically and globally.

Many people in the world are now living through increasingly difficult times not just in terms of their own personal security and risk of or actual oppression but also, fundamentally, as to whether they and their families can survive the rising cost and scarcity of food and energy.

The impact of the pandemic and global trends have seen a greater separation of rich from poor. Such increasing inequality breeds resentment, mistrust and unhappiness as well as life consequences such as employment and health. There has been some recognition of this in some countries – President Biden seems to get this – but can he make a difference in what remains of his Presidential term? In the UK the Government has come forward with a levelling up agenda to improve the environment, job opportunities, infrastructure, facilities, health and life expectancy in those areas which, in both perception and statistics, have been left behind more prosperous ones – but how soon and effectively can it be done, as it needs far more than just a few bypasses around city centres? People on higher incomes, especially those on furlough whose wages have been paid by the Government during lockdown for doing no work, have been able to save during the pandemic and much of the recovery is predicated on them spending that money on retail and hospitality in the coming months. Those who have lost their jobs or did not qualify for Government money (such as many small businesses and self-employed) have lost their income, delved into and spent their savings and now have few prospects other than some facing ruin not only through their businesses failing but also rising costs such as rent and mortgage repayments. They are in serious trouble. People in the developing world will be hit hardest by rising food costs as a much higher percentage of their income is spent on such necessities. In India food prices account for almost half of the inflation basket compared with under one tenth in the UK.

Then, on top of the pandemic, came the war in Ukraine – in many ways the breadbasket of not just Europe but of large parts of the world (such as North Africa and the Middle East. Shortages of grain, sunflower oil and fertilizer let alone the rare earths than are critical have put the world into turmoil. Despite his continued aggression it was interesting that even Putin understood how unpopular Russia would become if it continued to block the export of foodstuffsfrom Ukrainian ports, thereby condemning large parts of Africa to near starvation and came to an arrangement with Turkey whereby those supplies could continue to flow. The other serious impact of the war in Ukraine is, of course, on energy supplies (particularly to Europe) in the face of which recipient countries of Russian oil and gas are now shortening their supply lines, looking to increase domestic production of energy (even if at a higher cost) and casting aside the zero-carbon goals by reactivating sources of fossil fuels.

It is axiomatic that all these factors affect disproportionately the poorer rather than the richer in both domestic society and the world.

I am not overlooking the major improvement in lifting the world’s population from absolute poverty which has been a welcome feature of recent years. In September 2018 the World Bank issued a media release stating “Fewer people are living in extreme poverty around the world, but the decline in poverty rates has slowed, raising concerns about achieving the goal of ending poverty by 2030 and pointing to the need for increased pro-poor investments, the World Bank finds. The percentage of people living in extreme poverty globally fell to a new low of 10 percent in 2015 down from 11 percent in 2013, reflecting steady but slowing progress, World Bank data show. The number of people living on less than $1.90 a day fell during this period by 68 million to 736 million. “Over the last 25 years, more than a billion people have lifted themselves out of extreme poverty, and the global poverty rate is now lower than it has ever been in recorded history. This is one of the greatest human achievements of our time,” World Bank Group President Jim YongKimsaid. “But if we are going to end poverty by 2030, we need much more investment, particularly in building human capital, to help promote the inclusive growth it will take to reach the remaining poor. For their sake, we cannot fail.”

Poverty, however, is not the onlyissue here: it is also comparative status.

The net effect of the pandemic and war, therefore, is a massive polarisation of already unequal societies around the world. The danger is that this can lead to unrest and resentment let alone real hardship. To confront this the US President has spending plans for support for black ethnic businesses and infrastructural support for those neighbourhoods hit hardest (although the USA is self-sufficient in energy – unlike Europe). An interesting analysis of the consequences of inequality, studying those societies and countries that are both more and less equal, “The Effects of Inequality” by Richard Wilkinson, founder of The Equality Trust and co-author with Kate Pickett of The Spirit Level: Why More Equal Societies Almost Always Do Better which was published in 2009, indicates with considerable evidence how inequality has highly detrimental effects on almost every aspect of life, whether education, mental health, employment, aspiration etc. It is a devastating indictment of the concept of “trickle down” ie that if the upper echelons do well and generate wealth this permeates down through to those lower down the pecking order which is now seen as a false illusion.

Poverty, consequently, not only brings a threat to life and longevity, nutrition, child mortality, access to healthcare and disease prevention (still vast numbers of people in Africa have had none or only one vaccination against Covid in comparison with the rich North and West where many vulnerable groups have already received four doses) but also a threat to peace and cohesion.

Capitalism and entrepreneurialism have been seen to be the originators of wealth creation and many have grown exceedingly rich as a result. Yet unbridled capitalism also wreaks havoc and entrenches inequality unless there is a fair redistributive system alongside. Many decades ago the Germans called this combination the Social Market Economy in which the vulnerable and those unable to fend for themselves are supported by the wealth creation of their more fortunate fellow citizens. The tension in those richer countries where this can be applied is always about how much are those who prosper expected to give (usually by way of taxation) to those who do not as well as how any benefits system is fashioned so that, while providing adequacy for those who need it, is not such that it deters people from seeking to be economically active if they can.

In concept, that is fine – but what about those countries that are inherently poor or suffer from inefficiency and corruption where there is insufficient wealth to be redistributed in the first place? These are the societies that fall further behind and, as they do, increase the global disparity between rich and poor. Many of those countries rely on overseas aid or deliberately encourage their citizens to export their labour to richer countries (such as the Philippines) and send remittances back home as well as enhancing their skills in ways that cannot be done in their countries of origin. I have seen poor areas of Bangladesh and Pakistan transformed through this process. This, though, is not the answer to global poverty rather than a fairer trading system and massive investment to bring economies up the ladder – it is, after all, in the best interests of every country that exports goods and services to undertake this so as to increase the purchasing power and size of the market for those products. The eradication of poverty is a noble goal both morally and economically but, as I have argued, we should also add emphasis to the reduction in inequality which is the source of so much unrest and unhappiness. This blog would be of interminable length if I were to recount all the research set out on The Equality Trust website and in publications such as The Spirit Level which show clearly how more equal societies are happier, more content with their lot, more cohesive and in every way better than those in which there is greater inequality. Poverty is clearly visible but inequality is often hidden yet as pernicious if not more so. World federalists need to see and draw attention to this less obvious cause of so many problems in our world.