Remarks on Peace-Building in a Post-Covid-19 World 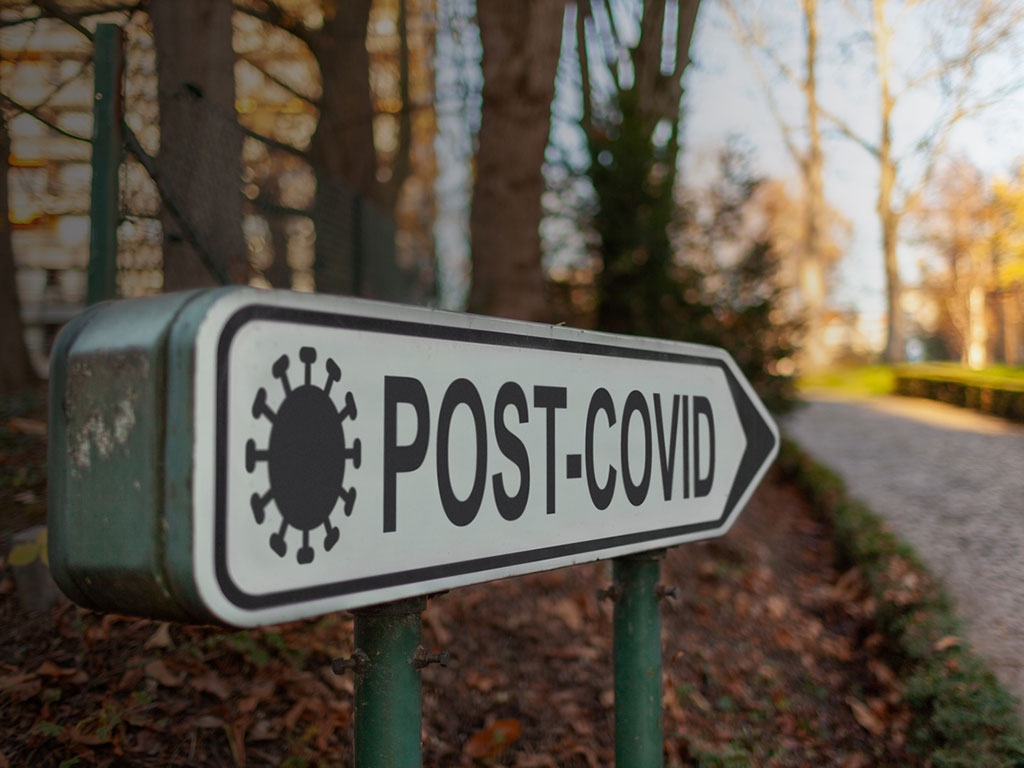 First given at the event “Uniting for Peace”

There have been conflicting responses, ranging from vaccine nationalism to attempts, through Covax, at a more philanthropic globally equitable response. There has been the interesting and not always amicable symbiosis between epidemiologists, scientists and politicians – not least because their agendas have not always coincided. The purist epidemiologists appear to want restrictions on movement applied until the virus is altogether squeezed out of the system, whereas the politicians, while mindful of the need for isolation and social distancing among other safeguards to health, are appalled at the public expenditure and damage to the economy inherent in such restrictions.

Will life gradually return to the previous normal or can we learn from the pandemic to lead us into a more harmonised and peaceful world? The pressures to achieve the former are great – the trade wars continue as the world’s two largest economies seem locked into a mutual death embrace to achieve undisputed superiority over the other. A self-styled independent Britain has severed, probably irreparably, its ties with its largest collective market and is now desperately seeking allies and partners in the commercial, free-for-all global environment. Apart from loss of life and livelihood, the pandemic has left a legacy of those with work or government furloughs getting richer and increasing their savings, while those unfortunate enough to have been adversely affected by the virus find themselves immeasurably poorer – thus increasing a trend, already present in global society, of polarisation between rich and poor. That is not to deny the major achievement of lifting so many from absolute poverty: more than a third of the world lived in extreme poverty 30 years ago, whereas today less than 10 percent of people live on $1.90 a day or less. Between 2000 and 2015, according to World Bank poverty data, 15 countries lifted 802 million people out of extreme poverty.

Nevertheless, growing wealth polarisation is a worrying trend., In his book, “The Effects of Inequality,” Richard Wilkinson, founder of The Equality Trust and author of “The Spirit Level,” provides an interesting analysis of the consequences of inequality by studying those societies and countries that are both more and less equal. Wilkinson indicates with considerable evidence how inequality has highly detrimental effects on almost every aspect of life, whether education, mental health, employment, aspiration, etc. It is an indictment of the concept of “trickle down” – i.e., that if the upper echelons do well and generate wealth, it will permeate down through to those lower down the pecking order. Wilkinson’s analysis also has wider implications for the West because it represents a diminution of the middle class, whereas this is a growing section of society in China. History teaches us that most revolutions and regime changes have been effected by the middle classes, who have a vested economic interest in hanging on to what they have gained, rather than by the dispossessed or the elite. Perhaps China should be wary.

It has become axiomatic to hear epidemiologists, scientists and even politicians mouth the slogan, “No-one is safe until everyone is safe.”  It is applied, of course, to the need to extend vaccination across the world and not to approach it in a narrow, nationalist and selfish way, such that the only vaccine recipients are citizens of the rich countries that can afford to purchase vaccines or have the manufacturing capacity to make their own. The Covax scheme was a start – a commitment to share the vaccine, although unenforceable and reliant on the voluntary donation of vaccines by those countries and in those amounts to which they had committed. The recent G7 summit took this a step further by reiterating the commitment – although much of this amounted to an endorsement of earlier commitments and, indeed, of previous transfers of vaccines. The system is not perfect: apart from there being no stimulus to abide by the commitments, save the donor countries’ international reputation, there is the added problem that, with many people in parts of the world where the need is greatest still reluctant to be vaccinated, some vaccine has already gone to waste as it cannot be stored properly in many countries. We should not be curmudgeonly about what has been achieved, however, as it augurs well for the possibility of greater global co-operation on health issues. Organisations such as WFM/IGP can agonise over whether and what further powers should be given to the World Health Organisation (certainly, there needs to be a greater authority to inspect and give early warning of any pandemic outbreak so that the world can prepare), even if the nations will baulk at an international organisation having any power of coercion over sovereign states.

I wish to take the argument to a different plane, as we need to see this as an opportunity as well as a warning against action. The slogan “no-one is safe until everyone is safe” or a variant can be applied, of course, to most if not all of the global issues that confront us – whether climate change, poverty, access to nutrition, potable water, general health care, education, employment, reduction in international tension, small arms and weapons of mass destruction, and the list goes on. We should adopt it as a simple way of transmitting the message that global humanity is in this together: that we are indeed our brothers’ and sisters’ keepers, that our obligations go way beyond national borders and that, even if out of basic self-interest, one person’s suffering in another part of the world impacts on us all. The parochial attitude towards development assistance and investment, for example, is that the money can be spent better domestically, but the more enlightened and informed approach is that lifting people out of poverty and increasing their purchasing power has a direct impact on the wealth of other nations, apart from any philanthropic considerations. In health there should not even be this bifurcation of opinion – as the D4 Indian Variant of Covid-19 has shown, unless a nation can live in a hermetically sealed bottle, the travel of persons around the world soon means that a virus or disease can carry easily across international boundaries.

It is the belief in international cooperation backed by the enforceable rule of law and global democratic governance that identifies World Federalists as those with vision for the future. We are not idle dreamers. We know that it will take a long time to achieve, and in the meantime there are national interests which are seen as paramount. But we are equally confident that this truth must prevail if we are to combat serious issues that go beyond the individual state and even groupings of states (although the latter is a good start).

We deal with building blocks towards a better governed world. Accountability, through democratic institutions and international courts applying accepted and recognised international law, is a cornerstone of such a world. That accountability must apply not just to states, but also to individuals that make decisions affecting the well-being of others, even beyond their own country’s borders – this is the essence of the International Criminal Court, which currently entertains four international crimes but to which we should like to see ecocide added. Assemblies of states, often self-appointed such as the G7, must have inherent within them that accountability – not just to their own citizens in democratic countries, but to the wider world. Such accountability should be effected through the active involvement of civil society and, hopefully, parliamentary bodies.

Many such groupings formed by international treaty, of course, do have their associated parliamentary assemblies to scrutinise their workings, from the Council of Europe to the Association of Southeast Asian Nations (ASEAN), to the North Atlantic Treaty Organization (NATO), and so on. If it is good for those bodies then it should be good for all such assemblies of world leaders and states. Both democratic accountability and the rule of law applied by international courts are essential as major pillars of global governance and enforceability. This, of course, goes to the very heart of sovereignty and the right of nations to determine their own future. Yet, on closer inspection, such unfettered sovereignty does not exist. John Donne’s meditation should be engrained in every World Federalist’s heart:

These words are an affirmation that we cannot exist in isolation. Those countries that have tried in the past have always failed and often ended up imprisoning their own populations in an unrealistic straitjacket.

Enforceability of world law will continue to be resisted by many states, both in terms of institutions and its applicability, yet even the most powerful and those with the greatest resources realise that they have to operate in the real world of give and take, and that by trading a certain degree of sovereignty they gain a greater benefit.

The countries of the European Union (EU) learned these lessons the hard way after their continent was ravaged through war twice in one generation. The institution of the EU now makes war among its Member States unthinkable after centuries of bloody enmity. You can find France as one of the most strident nationalist countries in its sentiment, yet recognising that a partial loss of sovereignty (through membership of the EU, Council of Europe, NATO and the other alliances to which it belongs) brings enhanced benefits even at the cost of, in NATO’s case, being brought into a war in which it is not a major protagonist. The message is clear and simple – there is no reduction in culture, cuisine or history for a country entering into alliances which necessarily involve some curtailment on their freedom of action. Such alliances need to be seen as an enhancement of capacity and self-interest rather than a diminution. For far too long the narrow nationalists have portrayed such alliances as a restriction rather than as a reaching out, through which individual states can achieve in combination what they cannot achieve acting on their own.

In the wake of and, sadly, the continuation of the pandemic which may be with us for a long time (previous outbreaks in history have endured and returned with varied ferocity) the time is now right to reinterpret and explain the old slogan. Truly, until everyone in the world is given dignity and the ability to lead fulfilling lives free from disadvantageous circumstances, then none of us can rest easy in our beds.