Home > New World Federalist Papers > Remembrance and a demise of the demagogues?

Remembrance and a demise of the demagogues? 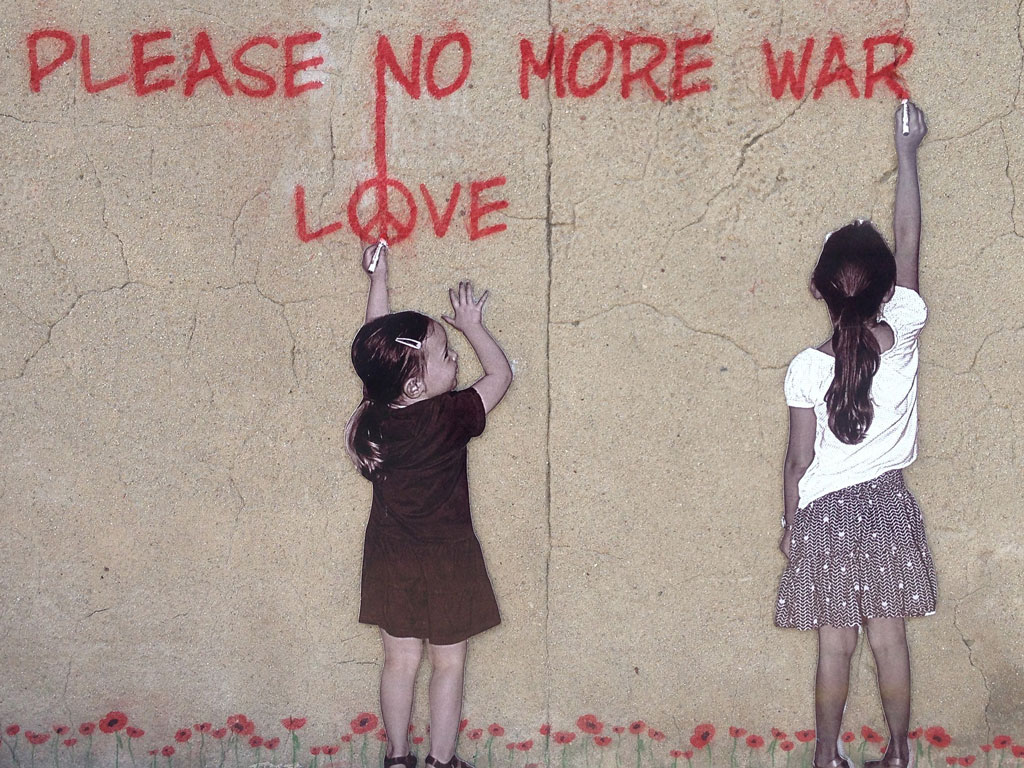 Many countries around the world have recently observed Remembrance Day for those who have died and continue to suffer from two world wars and conflicts past and present. It is a time for reflection and renewed commitment from those of us who desire global peace and who perceive that better world governance is the most effective vehicle towards it. The countless stories of the bereaved and those who will bear for the rest of their lives the mental and physical scars of war are deeply moving. Many of us will know of loved ones who have been affected. Although I never knew them, both my great uncle and my uncle (both called Ross) were killed respectively in the two world wars. The memorabilia that I still hold of them bring them very close to me.

A senior British politician recently and ruefully was asked “What did you do with the peace?” It is a question we all need to answer. Peace is usually bought at a high price. It can be mishandled through victors’ tyranny on the defeated as in the Treaty of Versailles and be a principal cause of the next conflict or it can help rebuild and rehabilitate the conquered as with the Marshall Plan in Europe after the Second World War. Churchill wrote in his seminal work The Second World War “In War: Resolution, In Defeat: Defiance, In Victory: Magnanimity, In Peace: Good Will.” These are watchwords that all who achieve military pre-eminence should take to heart. Moreover, every soldier will tell you that there is never a final military solution to any problem – there always has to be a political resolution if peace is to prevail and that this must be based on fairness and reconciliation.

As we reflect on how to prevent the causes and impact of war and their illegality enshrined in the International Criminal Court and other international treaties is it too much to hope that we may be seeing the demise of the demagogues? In the UK Boris Johnson has been dismissed as Prime Minister. He ran government as a supposed charismatic leader whose supporters even after his defenestration in disgrace still demanded that his name should be put forward in the subsequent leadership election! Despite the duplicity and the dishonesty there were still those for whom he had and could do no wrong – simply because he delivered a majority in the general election which was won on the simple slogan of “Get Brexit Done!”

One former, now sacked, Cabinet Minister would even have us believe that in some way the UK had morphed into a presidential style of government and that the people had elected Boris as Prime Minister in 2019 and that, therefore, it is only the people who could legitimately remove him! This flies not only in the face of reality and history but also our Constitution! In a general election the people do not vote for a leader (unlike in USA) but for a constituency MP – there is no separate popular vote for the Leader who, once the election is over, will be invited by the monarch to form a government. It is the elected MPs (and now in most political parties and element of the party membership) who determine who that Leader will be. On becoming Prime Minister the Leader forms their Cabinet and is “primus inter pares” (first among equals) and, in effect, is the chair of the board chairing Cabinet meetings. It is true that in some cases a British Prime Minister has more powers domestically than an American President (no Congressional Committees vetting ambassadors etc) but they are not elected by the people. I was asked recently if the job of Prime Minister is too great for one person. The answer, unequivocally, is not if that person acts within our Constitution – it only becomes impossible if they try to be a quasi-president.

Another populist to bite the dust was Bolsonaro in Brazil – although he lost only narrowly. Maybe the rain forest (the “lungs of the world”) may have a chance of breathing again.

Does such a characterisation of the deposing of a presidential-style Prime Minister in the UK, mutatis mutandis, have any resonance with an American audience? While Trump still teeters on the brink of declaring himself a candidate for the 2024 Presidential election on his own slogan of “Make America Great Again” those candidates whom he endorsed and still indulge in the fiction that the last Presidential election was rigged suffered badly in the US Mid-Term elections. There was a prediction that it was curtains for the Democrats and that they would lose control of both houses of Congress – but the actual result was bad for Trumpism (and the inquiry into the storming of Congress in January still hangs over his head). Perhaps enough Americans have now seen through the half-truths and bombast and realise that charisma (which undoubtedly he has) is a dangerous basis for support. I make no personal comparisons but history has shown (and the last century in particular has demonstrated) how those with supposed charisma can lead a nation to perdition.

For those who follow the populist line of thinking that politics is full of easy answers with simple solutions to every complex problem the experiences in UK and USA should be a wake-up call. It has never been the case and never will be and those who indulge in such fantasy must bear the responsibility of its consequences.

Could these conclusions apply also to the Kremlin? Was the withdrawal from Kherson a shrewd tactical move to free up more Russian troops for a push elsewhere in Ukraine or was is an admission of defeat for the occupation of the only major city that Russia has been able to capture during the course of the war so far? Perhaps the near future will give us the answer. Yet if it turns out to be the latter (and it was significant that the announcement is coming from the Russian military and not Putin himself) then maybe the Russian President (who has now lived two years beyond the average age of death for Russian males) is fatally flawed.  The requirement to call up further reserves and the inability replace lost aircraft while relying on drones from Iran means that the Russian military machine has been painfully exposed to all as ill-equipped, ill-trained and lacking in morale. Despite the Kremlin blackout on any news other than state propaganda the message is slowly sinking into Russian civil society.

Yet it would be a mistake to think that the Russian people will topple a wounded President. There are now enough experts to take seriously the proposition that the history of Russia shows an ability and stubbornness to survive during hardship and a desire to see a strong leader who wishes to rebuild the territorial integrity of lost lands and that, faced with military reverse, the will is strengthened and not weakened. It does not take an erudite examination of the Great Patriotic War (what Russians call the Second World War) to realise the truth in this analysis. Those in the West, therefore, who think that the retirement (forced or otherwise) of President Putin will usher in a new period of Glasnost and Perestroika with a Navalny type figure leading a rapprochement with the West with an extended hand of friendship and willingness to work in co-operation rather than confrontation maybe deluding themselves. The chances are even that the Russians would dig in with a new hard-line military leader with an already paranoid nation behind him (it is not likely to be a “her”!) fully supporting a fight against what would be perceived as NATO and Western encirclement and aggression. There is nothing so dangerous as a wounded bear!

Behind this likelihood lies the danger that the West will become bored and no longer be prepared to back Ukraine endlessly with money and material thereby seeking to impose a cease-fire or peace based on some existing occupation by Russia of Ukrainian soil seized since 2014. It is clear that the Ukrainians would find this unacceptable. We must hope that, first, the West remains resolved and, secondly, we do not see a replication of the West in 1938 forcing a humiliated Czechoslovakia to accept the loss of the Sudentenland in the hope of averting a greater war. For one thing is certain: that with a continuing hard line from Moscow we would truly see an action replay of the unsuccessful attempts to appease Hitler – with Putin or his successor then taking even more territory until general war becomes the only was to stop it. We have to remember that Putin and his generals have never accepted the right of Ukraine to exist as a separate nation and its independence in 1991 has never been recognised.

We must hope that in our search for global democratic accountability those who are privileged to exercise their right to vote do so responsibly and in an educated fashion, able to discern between the politician who is sincere and wishes genuinely to improve the condition of the people from the self-serving charlatan eager for power for its own sake. There are many pre-requisites for this to be capable of being a reality, not least a disinterested programme in schools teaching about civic institutions and democratic values.

Until the world federalist vision of a peaceful world governed democratically and accountably by the rule of law in which war is outlawed comes to pass we have to recognise, sadly, that there are times when, despite the hardship and danger, history teaches us that we have to stand firm in support of our values of freedom and that, sadly, doing so may involve defending them against armed aggression. Those who gave their lives and still suffer from war knew and understand that only too well. As the Kohima Epitaph Memorial states (and is repeated at every Armistice Parade in the UK) “When you go home tell them of us and say, for your tomorrow we gave our today”.