Home > New World Federalist Papers > Should we care about Biodiversity?

Should we care about Biodiversity? 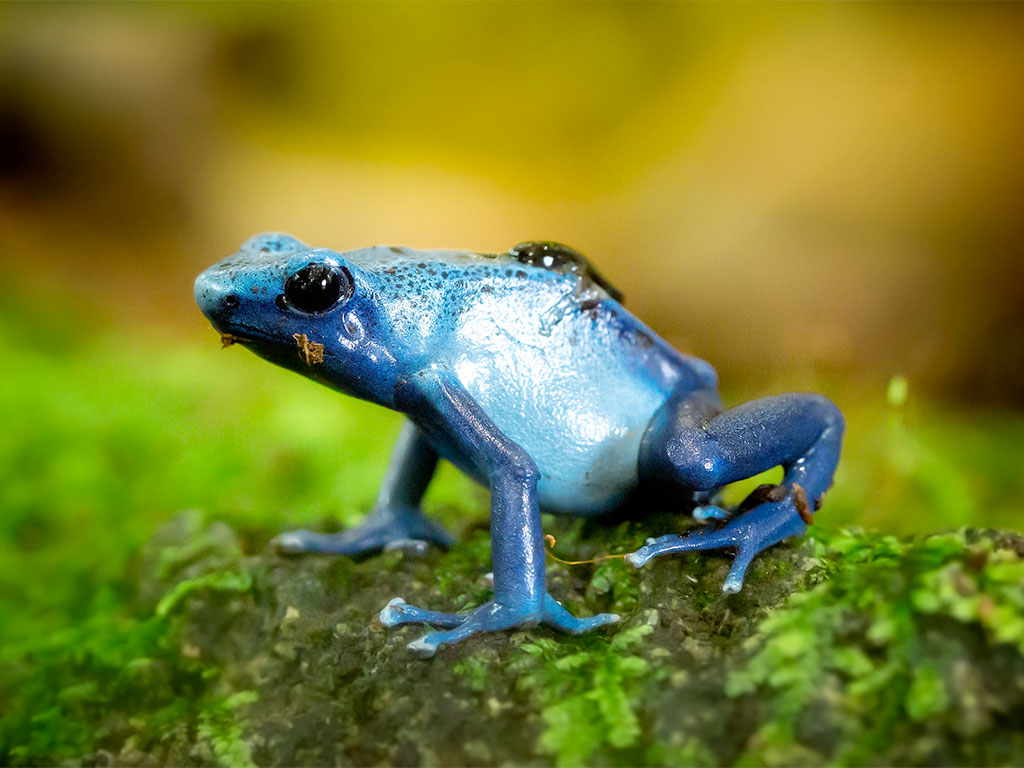 Biodiversity particularly is the variety of plant and animal life in the world, a high level of which is usually considered to be important and desirable. It is different from issues of climate change and environmental degradation but is inherently part of the same genus of concern for increasing numbers of people on the planet – many of whom are seeing global warming impact  directly on their lives and livelihoods as well as the result of the reduction in the rain forests and habitats on disappearing species which affect the ecosphere. It takes only a minor change in geopolitical relations to put the balance at greater risk: Putin’s war in Ukraine has not only military implications as to the future use of nuclear weapons but economic ones emanating from the loss of supply of wheat, oil, rare earths and other commodities from Ukraine which could condemn millions in Africa and elsewhere to starvation and higher prices for essentials throughout the world. On top of that is the existing energy crisis from disruption of supply lines following the pandemic now exacerbated by Russian restrictions (Europe has 40% reliance on energy from Russia).

The Convention on Biological Diversity (CBD) is the international legal instrument for “the conservation of biological diversity, the sustainable use of its components and the fair and equitable sharing of the benefits arising out of the utilization of genetic resources” that has been ratified by 196 nations.Its overall objective is to encourage actions which will lead to a sustainable future. On the website devoted to the International Day for Biologiocal Diversity (22 May) there is reference to the Democratic Republic of the Congo which possesses the highest level of biological diversity in Africa. This rich natural endowment is of local and global significance, yet today, 190 species are classified as critically endangered, endangered or vulnerable on the IUCN Red List of Threatened Species.The CBD’s governing body is the Conference of the Parties (COP). This ultimate authority of all governments (or Parties) that have ratified the treaty meets every two years to review progress, set priorities and commit to work plans.

Only a generation ago those who warned about the depredation of our climate and environment were regarded as cranks and dreamers to whom little attention was due. Now, thanks to Al Gore’s “An InconvenientTruth” in 2006 and Sir David Attenborough’s “Blue Planet” series as well as politicians taking the call seriously, they are mainstream.Al Gore’s work in climate change activism earned him (jointly with the Intergovernmental Panel on Climate Change) the Nobel Peace Prize in 2007; he is the founder and current chair of The Climate Reality Project. His documentary was a critical and commercial success, winning two Academy Awards for Best Documentary Feature and Best Original Song. The film grossed $24 million in the U.S. and $26 million at the international box office, becoming the 11th highest grossing documentary film to date in the United States.

The wilful or negligent destruction of the balance in climate and the environment has always been regarded as serious but never previously has it commanded so much attention. When the formation of the International Criminal Court came to the fore in the 1990s, thanks not least to the creation of the Coalition for the ICC which was the brainchild of Bill Pace and WFM/IGP which continued to convene it for the next almost thirty years, the international crime of ecocide was originally going to be one of the initial crimes alongside war crimes, crimes against humanity and genocide (to which recently has been added the crime of aggression). Such as the opposition at the time, however, from leading states such as the UK and USA that to pursue its inclusion risked losing the whole Rome Statute – so it was dropped. Twenty-four years later it has been given a new lease of life with a drafting panel chaired by international lawyer Philippe Sands QC having now produced a tight definition of the crime. This Independent Expert Panel for the Legal Definition of Ecocide was under the aegis of Stop Ecocide International(whose Director JoJo Mehta is collaborating with WFM/IGP). Interest in criminalising ecocide is already a matter of public record at parliamentary and/or government level in the following countries via motions, resolutions, parliamentary questions, petitions, white papers or full proposals of law:
Bangladesh, Brazil,Bolivia,Belgium, Canada, Chile, Finland, France,Ireland, Luxembourg, the Maldives, Mexico, Netherlands, Portugal, Samoa, Scotland, Spain, Sweden, the UK and Vanuatu as well as at the European Parliament, the Nordic Council and the Inter-Parliamentary Union.

An enormous stimulus has been the myriad of civil society organisations that are now demanding change: reduction in the use of fossil fuels, carbon taxes, renewable energy, protection of endangered species, more recycling, ending of plastic deposits in the oceans etc. Several countries like the UK now impose a cost on shoppers requiring plastic bags for purchases, expecting them to bring their own recyclable containers. Some groups such as Extinction Rebellion have resorted to violence in their protests, gluing themselves to roadways to disrupt traffic, letting down the tyres on gas-guzzling vehicles etc.

What, arguably, however, has been the most decisive factor has been the COP (Conference of the Parties) conferences every year under the aegis of the Kyoto Protocol which was adopted on 11 December 1997 and entered into force on 16 February 2005. Currently, there are 192 Parties to the Kyoto Protocol.It brings operational effectiveness to the United Nations Framework Convention on Climate Change. This has led to a number of governments (often in response to democratic pressure) making pledges about bringing down carbon emissions, commitments to renewable energy sources and protection of the environment. There is pressure on all governments to do likewise with those like China (still reliant on coal-fired power stations) which cause the most emissions having to re-examine its economic policies.

This brief overview demonstrates that biodiversity, protection of the environment and climate change issues are now at the centre of governmental decision-making throughout the world. That is to be welcomed but time is not on our side. As long ago as eight years almost to the day a sobering report from Duke University in the journal Science stated that species of plants and animals are becoming extinct at least 1,000 times faster than they did before humans arrived on the scene and that the world is on the brink of a sixth great extinction. Information compiled by the journal Nature, the World Wildlife Fundand the International Union for Conservation of Nature (IUCN) demonstrate that about 690 species are disappearing every week.

Should we care? After all, species have become extinct over the centuries (the famous Dodo to name but one); is this not just a natural evolution and we should not become too nostalgic about this being the price of progress if that, indeed, is what it is? Maybe the world is moving inexorably into a new phase? Yet it is only natural that we wish to keep the environment with which we are familiar. Beyond that, however, is the indisputable problem of sustainability which we cannot ignore. The consequence of global warming may be the loss of species but it poses an even greater threat to the way in which humanity and the planet can co-exist. It is just possible that humanity has woken up, unlike in the past, to its inherent sense of self-preservation being inter-dependent on the survival of the planet. If that is so then it is not a moment too soon (if it is not already too late for some species). As in so many other areas of global interest the pressure must continue to come from civil society ands from organisations like WFM/IGP.