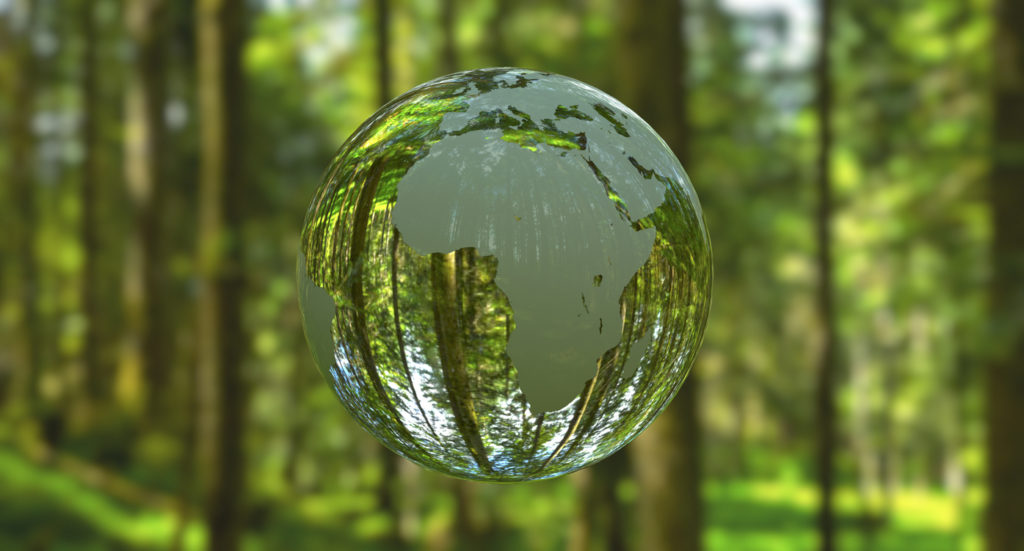 We have a mass global movement, maybe somewhat disjointed, but nevertheless with a common purpose to save the planet. It is an example of where international co-operation can work – largely driven by civil society – but a symbiosis between governments and between government and general public that has seldom been seen in any other political enterprise. Yet there remains a massive lacuna of the absence of enforceable world law in respect to the environment. It touches on an issue which WFM/IGP has promoted as the International Coalition for the Responsibility to Protect – a doctrine first raised by Kofi Annan in 2005 which turned the traditional responsibility of the citizen to the state on its head by establishing the responsibility of the state towards its citizens in keeping them safe and secure.

Sir David Attenborough told the Group of Seven leaders on Sunday 13 June that tackling climate change was now as much a political challenge as it was a scientific one. He said that “Tackling climate change is now as much a political and communications challenge as it is a scientific or technological one. We have the skills to address it in time, all we need is the global will to do so.”  The precedent of attempting globally to deal with the pandemic and supply of vaccines through Covax is a helpful reminder that nations can work collaboratively. The G7 committed to net zero carbon emissions no later than 2050 and to halve their collective emissions by 2030. There was also a commitment to conserve or protect at least 30% of land and oceans by 2030. Prime Minister Boris Johnson said that the G7 nations were clear that “action has to start with us”. Yet campaigners criticised a lack of action on climate finance to help vulnerable communities and countries: without such cash, developing nations will be less inclined to cooperate at the COP-26 climate change summit in Glasgow later this year. That is when the crunch will come and whether meaningful and funded action will or will not be taken. Civil society must press for a global effective oversight of commitments given. It is a matter of accountability not just to national legislatures and citizens of individual states but to the global commons who are affected by such issues through regional and supranational mechanisms.

We have the Paris Climate Agreement goals. The recent Dutch court ruling that Shell would have to cut its CO2 emissions by 45% by 2030 compared with 2019 levels was the first time that a large company had been legally obliged to comply with the Paris Climate Agreement, which, arguably, now makes the commitments given as justiciable. We should be wary, however, on relying on judicial enforcement as there is now evidence that such large companies are using investor-state dispute settlements (ISDS) to claim compensation for the effects of political decisions on emissions. RWE, the large German energy supplier, is suing the Dutch Government for €1.4bn for its plans to phase out coal. Others are following suit. These ISDS agreements exist widely in investment treaties throughout the world, including the Energy Charter Treaty (ECT) which permits companies to sue any of the 53 signatory countries if they feel that they have received unfair treatment. They remain a prominent feature of new free trade agreements. They could undermine significantly the advance in emission control. Nevertheless, there is some satisfaction to be derived from seeing oil giants such as Shell and BP (renamed Beyond Petroleum) falling over each other with ever greater commitments to reducing fossil fuel use and carbon emissions and concentrating more on renewables.

Jurisdictions vary but in most the negligent act of damaging the environment can lead to civil claims for damages, especially when groups are severely affected, and in some cases criminal sanctions against directors of the companies. Where there is evidence of deliberate targeting of groups this also can lead to criminal charges. But where are the sanctions against governments and those responsible for political decisions that deplete the environment?  We have seen with the action by The Gambia against Myanmar in the International Court of Justice that rulings can be made for breaches of international treaties but this usually requires the consent to the jurisdiction by the involved parties (the UK refused any adjudication by the World Court on sovereignty of the Falklands/Malvinas).

The idea of an International Court for the Environment has been mooted which might be able to deliver declaratory judgements but, again, would likely be dependent on the consent to its jurisdiction. An alternative or a supplement (because the two are not mutually exclusive) which many people forget is that at the time of the signing of the Rome Statute in 1998 enshrining the international criminal offences of genocide, war crimes and crimes against humanity (now with the recently added fourth crime of aggression) ecocide as a crime was an idea that had been around for decades, introduced during the Vietnam war protesting the US military use of Agent Orange to destroy the foliage cover and crops of enemy troops: in 1972 Swedish prime minister, Olof Palme, addressing the UN Stockholm Conference on the Human Environment, called for an international crime of ecocide.  It is true that ecocide can come specifically within the existing definition of a war crime but, of course, only where a state of war exists. It had been intended to include ecocide in the Rome Statute: indeed it was proposed as the fifth crime against the peace and security of mankind when the International Criminal Court was to be established in The Hague in 1998 but opposition from the United States, the United Kingdom and the Netherlands led to ecocide being removed from the list of crimes in the draft statute. We now need to join with others to press for this to be added to the ICC Statute.

Advances are being made. In aviation, although alternative clean propulsion technologies are under development – such as electric-powered aircraft or cryogenic hydrogen fuel – these options are unlikely to be commercially ready before 2030. The last decade has seen considerable progress in developing Sustainable Aviation Fuels (SAFs) produced from bio-based feedstocks that have a lower carbon intensity and which consequently could play an important role in mitigating the environmental impact of aviation. The danger now is that there will not be enough to satisfy demand.

For many global issues the role of the individual citizen can be limited and frustrating but with climate change and our environment every citizen, town, city and country can be directly and personally involved. Ultra low emission zones in cities, shareholder action and the prospect of a reduction in fossil fuels has stimulated multinationals like BP and Shell – driven also by widespread public interest in purchasing electric cars and home alternatives.

Innovative companies are chasing better lithium batteries (lithium is to be mined in Cornwall), there are prototypes of electric aircraft, a company is about to be publicly launched to store carbon emissions from anaerobic production under the North Sea plus many other initiatives.

Governments have committed to ambitious targets of carbon emissions. It was interesting to see the backlash against BitCoin because of the large energy consumption in its mining (estimated by the Cambridge Centre for Alternative Finance to eat up as much electricity as the entire population of the Netherlands) – there now appears to be an answer to even this issue – springing up everywhere are secluded sites with banks of computers alongside farms fuelled by anaerobic digestion (basically converting cow manure to methane gas). Elon Musk himself has intimated that he might back Bitcoin again if they can be produced without using enormous amounts of energy from fossil fuels (mostly in China).

All these issues need global democratic regulation: despite commitments we cannot put all our faith in the goodwill and nation states. The impact of failing to take action is not only to lose beneficial aspects of our globe that bring sustainability and delight but also affect nutrition, longevity, the very ability to survive, the rise of sea levels and loss of homes and habitat, increased flow of environmental refugees, jobs in so many industries including tourism – indeed the way of life as we know it. The protectionist and populist reaction could lead to massive unrest and insecurity. We must seek to ensure, however, that the reaction, instead, is one of global collectivity in mutual solution of these problems.

We are in the middle of an environmental revolution and on the cusp of significant improvements to the way in which we both respect and treat our environment – but, as Greta Thunberg constantly reminds us, we are in a race against time. Species and rainforests are disappearing before our very eyes. History will judge us on whether we acted on time or were too late.