Ukraine: the cradle of our nuclear concern 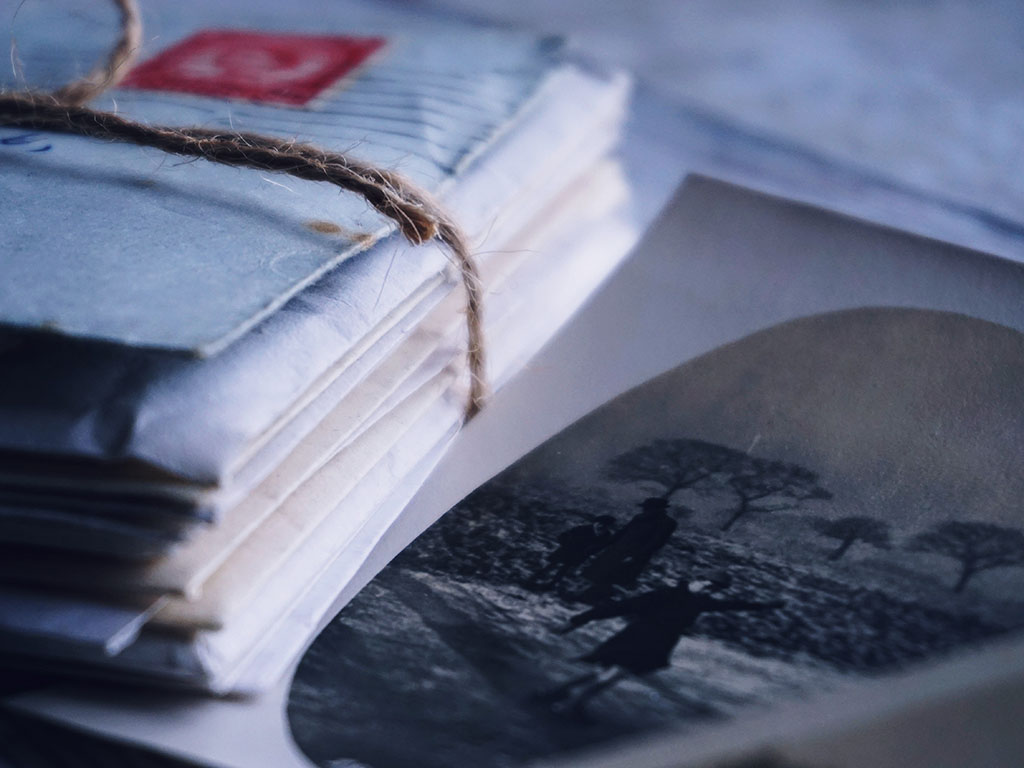 On the UN International Chernobyl Disaster Remembrance Day – 26 April – we do well to recall what happened on that fateful explosion at the Chernobyl Nuclear Power Plant in 1986 which spread a radioactive cloud over large parts of the then Soviet Union, now the territories of Belarus, Ukraine and the Russian Federation. Nearly 8.4 million people in the three countries were exposed to the radiation. One of the worst aspects, apart from the human tragedy and legacy of ongoing radiation sickness and related illness, was the failure by the Soviets to acknowledge what had happened and to seek help. It was not until four years later that the UN became involved and the General Assembly passed the resolution calling for international co-operation and an Inter-Agency Task Force was established to coordinate the Chernobyl co-operation. In 1991 the UN created the Chernobyl Trust Fund – currently under the management of the Office for the Coordination of Humanitarian Affairs (OCHA). Since 1986, the UN family of organizations and major NGOs have launched more than 230 different research and assistance projects in the fields of health, nuclear safety, rehabilitation, environment, production of clean foods and information. The clear message from world federalists would be that such issues which have international connotations need an international and co-ordinated approach beyond national governments and it is good to see this being done.

Yet Chernobyl, despite ongoing development and rehabilitation, had been largely forgotten until on 24 February 2022, during the first day of the Russian attack on Ukraine,their forces invading from Belarus seized the Chernobyl Nuclear Power Plant area by the end of that day leaving around 300 people, 100 workers and 200 Ukrainian guards, trapped there.President Zelensky called it a “declaration of war against the whole of Europe.” At the time the Ukrainian Ministry of Internal Affairs said that “if the occupiers’ artillery strikes hit the nuclear waste storage facility, radioactive dust may cover the territories of Ukraine, Belarus and the EU countries.”By the end of March the Russians had pulled back but it seems that their use of the so-called Red Forest (reference to the colour of the pine trees in the 4 square mile area around Chernobyl after they died following the absorption of high levels of radiation from the 1986 disaster) led to many Russian troops, without any protective equipment, suffering from radiation sickness from the toxic dust. Chernobyl is only 80 miles north of Kyiv and it was the good road to the capital that had attracted the Russian attack.

Then the Russians attacked ZaporizhzhiaNuclear Power Plant in south-east Ukraine on the Dniepr river in early March causing a fire and concern about a potential nuclear meltdown. Firefighters were able to subdue the fire but it provoked a response from the USA that it was a war crime and risked spreading radiation. Mercifully, the six reactors, which can power enough energy for four million homes, were apparently undamaged but had there been an explosion it would have equalled “six Chernobyls” according to President Zelensky.

The lessons that we can learn from Chernobyl and the Fukushima nuclear disaster (a 2011 nuclear accident at the Fukushima Daiichi Nuclear Power Plant in Ōkuma, Fukushima, Japan, caused by the Tōhoku earthquake and tsunami which was the most severe nuclear accident since Chernobyl) are highly relevant today as countries look to shorten their energy supplies and see nuclear as a major component part in weaning themselves off fossil fuels. France has long since gone down that route and it seems that the UK will follow suit – even in Germany under the considerable influence of the Greens there now seems to be a questioning of the validity of turning its back on nuclear energy and reconsider its position. Such is the eagerness and imperative nature of ceasing reliance on Russian oil and gas (some 40% of European needs) which brings billions of euros into the Russian economy and, effectively, finances the war in Ukraine that all possible alternatives are being considered. In reality, it will take several months if not more than a year for western Europe to end its reliance although the political pressure to do so is mounting rapidly even at the expense of closure of certain German industry. There is now a general acknowledgement that such reliance (personified by Gazprom) for countries like Germany and Italy was a massive mistake and was a calculated move by Putin for strategic reasons.

Nuclear power as well as nuclear warfare has international implications and should be considered in that context. We have an international inspection regime through the International Atomic Energy Agency (IAEA) and it is good to know that the Director General, Rafael Mariano Grossi, will head an expert mission to Ukraine’s Chornobyl Nuclear Power Plant to step up efforts to help prevent the danger of a nuclear accident during the current conflict in the country.The team of IAEA nuclear safety, security and safeguards staff will be in Chornobyl from 26 April to deliver vital equipment and conduct radiological and other assessments at the site, which was held by Russian forces for five weeks before they withdrew on 31 March.“The IAEA’s presence at Chornobyl will be of paramount importance for our activities to support Ukraine as it seeks to restore regulatory control of the plant and ensure its safe and secure operation,” Director General Grossi said. “It will be followed by more IAEA missions to this and other nuclear facilities in Ukraine in the coming weeks.”

Will the Russians use nuclear weapons?

The majority of the democracies in the world (with the notable and tragic exception of India, the largest, which Prime Minister Modi may explain but others find hard to fathom) see supporting Ukraine in its fight for survival as a moral duty in underpinning democratic values, the rule of law and self-determination and as a humanitarian necessity following increased verifiable reports of war crimes. They recognise (perhaps through the chilling example of the last century) that the words of dictators are unreliable and that if Putin wins in Ukraine his appetite for reconstructing the former Soviet empire will turn to the Baltic States and Finland – whatever protestations to the contrary may be made by the Kremlin. The bare-faced effrontery and denial of Russian atrocities by its representative at the UN Security Council as well as the state control of Russian media can give no-one any reassurance that Russia is capable of speaking truth. There seems to be no accurate reading of Putin’s mind – so we have to continue to fear his intentions as to nuclear weapons.

Why do we fear nuclear war?

It is for these reasons (and, maybe, again, looking at history as to how warmongers have reacted in the past when they are boxed into a corner) that there is so much concern about the possible escalation of the conflict into the potential use of not just chemical and biological weapons but also of so-called tactical nuclear weapons. The attitude towards the use of these is sharply divided between Russia and NATO. Russia is thought to have about 2,000 tactical nuclear weapons with many under one kiloton (Hiroshima’s was 15 kilotons) which can be fired from conventional artillery. Experts have warned that if Putin is seen not to have won or if he suffers reverses then he might use a nuclear weapon to force his own way – as he sees it – in the hope that NATO will back down. Dr Patricia Lewis, head of the international security programme at the Chatham House think tank, however has pointed out that Russian and Belarussian territory is nearby and could be affected by fallout while Dr Heather Williams, nuclear expert at Kings College London, has also pointed out that China, with a no-first-use policy, could not then support him. The worry is that the Russian military is far less squeamish than NATO as to when a nuclear delivery is merely an extension of conventional war.

During the Cold War NATO did have a tactic of drawing enemy forces into what was described as a “killing zone” into which would be fired an 8” howitzer nuclear shell (the only UK artillery then with nuclear delivery capability). The only trouble was that the range was only 16,500 yards and the gun had to be limbered up ready to move out as soon as it had been fired just in case the wind changed direction (hence it was known as “shoot and scoot”)! Yet international humanitarian law requires that any military response must be proportionate in order to remain legal. It is arguable, of course, that first use of a tactical nuclear weapon by Russia would properly invoke retaliation in kind but, of course, at present, Russia is not at war with NATO but with Ukraine. We should remember that Ukraine is the only nuclear weapons power (at the time holding the third largest global armoury of these) which has voluntary given up its nuclear weapons capacity when it joined the Non Proliferation Treaty in 1991. Ukraine has no nuclear weapons with which to retaliate against such use by Russia on its own soil. Moreover, NATO has moved to a policy in which it wishes to see a clear break between the use of conventional and nuclear weapons, relying more on the threat of a strategic nuclear strike. It does not subscribe to a natural escalation from one to the other. This is not very cheering analysis for those who wish to think that the odds are stacked against Russia using a tactical nuclear weapon. Maybe the biggest deterrence against this is that it likely would lose all of what is left of any international support and would, indeed, be seen as a pariah state. Whether that in itself might have any influence on an embattled, paranoid and increasingly isolated dictator in the Kremlin is a bigger question.

What may save us all – beyond our control

Depending on how “dirty” the nuclear explosion is the ensuing radiation can be devastating and, of course, unpredictable (very much at the mercy of where and how strong the wind blows). This means that a nuclear blast can end up threatening the aggressor as well as the victim. This was very true of Chernobyl in 1986 and, although not a nuclear event, when Iceland’s2010 eruptions of Eyjafjallajökulltook place its President Ólafur Ragnar Grímsson (a committed world federalist whom I know well having worked with him at Parliamentarians Global Action) had to broadcast an apology globally: the eruption was relatively small but its impact was massive. Europe experienced air travel chaos for almost one month as much of the continent ground to a standstill.If Russia were to release a tactical nuclear weapon (TNW) then the one thing that Putin even himself would acknowledge he cannot control – the weather – might intervene. If he radiologically poisons his own people that might be the shortest route to his demise.