War and Peace: whose freedom? 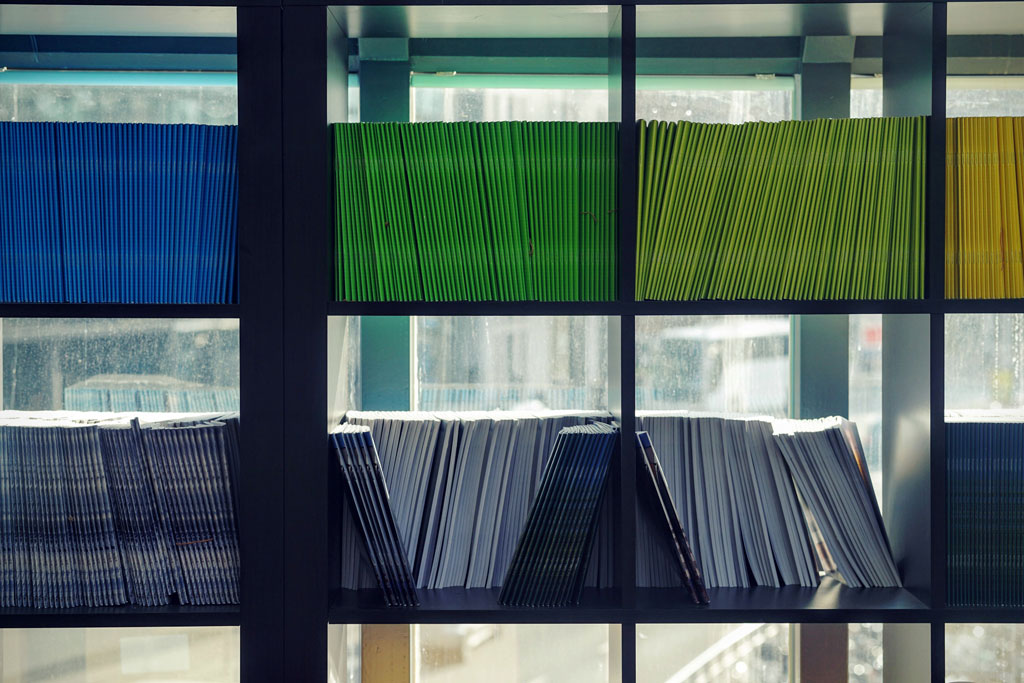 When Count Tolstoy titled his magnum opus he did not use the text to define war and peace but selected a narrative of how these states affect the characters in his book. Professor Margaret MacMillan, the internationally renowned historian, in her 2022 Elson Ethics lecture on War and Ethics in St George’s Chapel, Windsor, UK said that war is not just the absence of peace and, indeed, I should add neither is peace the absence of war.

Warfare has evolved rapidly over the last two centuries from, arguably, the first mechanised war between North and South in America with its attendant swift transportation through railways, electronic communications, merchant blockades and Sherman’s scorched earth policy but with cavalry charges and colourfully uniformed troops advancing in open order across terrain to the bombardment of civilians from sea and air in the First World War, again fought on outdated principles without due regard to the effect of massed fire of howitzers and the machine gun, and the use of nuclear weapons in the Second World War to the current high-tech direction or armaments miles from where they will impact.

Yet when discussing what constitutes a state of war or peace we need definition if we are to have the desired communal understanding with shared language. Over a century we have seen war translate from uniformed and identifiable combat troops ranged against each other to warfare conducted increasingly by guerrilla (including so called “terrorist” activities) in which those combatants have often humiliated larger, better equipped and more organised military organisations (as in Afghanistan). They have often been indistinguishable from civilians which have put the latter at greater risk of involvement as well as the realisation that intimidating and killing civilians is a way in which to sap the will to continue to fight. Of course, there has always been the unfortunate suffering of civilian populations, either as a corollary of military action or as a deliberate targeting in rape (as in the DRC) and looting (which now seems to be the policy of the Russians in Ukraine). Yet it is now arguable that civilian targets have taken equal if not superior priority over purely military ones.  It has brought crimes against humanity into the forefront of consideration. If war is now so elusive of definition then what about the meaning of peace? I venture that since the Universal Declaration of Human Rights and the many subsequent instruments setting out such rights, such as the International Covenant on Civil and Political Rights (ICCPR) adopted in 1966, peace is now perceived as a state of existence in which such rights are capable of enjoyment without unwelcome interference. If so, we need to assert what are the basic rights which should be applied for there to exist a state of peace.

The annual BBC Reith Lectures (in memory of its first Director General who established the tradition of independent public service broadcasting) last year was centred on the four essential human freedoms which should be applicable to all people set out by Franklin D Roosevelt in his annual message on 6 January 1941 already familiar to Americans from the Bill of Rights: freedom of speech, freedom of worship, freedom from want and freedom from fear. He saw these as world foundations. After the war the four freedoms were embedded in the Charter of the United Nations. They also exemplify the dichotomy between freedom of and freedom from: the assertive and passive application of human rights. Such freedoms can find themselves in conflict with each other: a freedom of speech to publish unconstrained views or propaganda can engender fear in those against whom it is directed. Freedom of worship is a fine ideal so long as it is not translated into proselytising a particular religion at the expense of another through forcible conversion or preference over others.

In that same speech FDR, with amazing prescience bearing in mind that this was eleven months before Pearl Harbour and Germany’s declaration of war against the USA, he argued “for authority and for funds sufficient to manufacture additional munitions and war supplies of many kinds, to be turned over to those nations which are now in actual war with aggressor nations. Our most useful and immediate role is to act as an arsenal for them as well as for ourselves. They do not need manpower, but they do need billions of dollars’ worth of the weapons of defense. The time is near when they will not be able to pay for them all in ready cash. We cannot, and we will not, tell them that they must surrender, merely because of present inability to pay for the weapons which we know they must have…In fulfillment of this purpose we will not be intimidated by the threats of dictators that they will regard as a breach of international law or as an act of war our aid to the democracies which dare to resist their aggression. Such aid is not an act of war, even if a dictator should unilaterally proclaim it so to be.”  Little did he realise that beyond the entry of the USA into the Second World War he was setting out a policy that would be relevant to Ukraine at the present time, eighty-two years later. The final words of his speech are “Freedom means the supremacy of human rights everywhere. Our support goes to those who struggle to gain those rights or keep them. Our strength is our unity of purpose. To that high concept there can be no end save victory.”

Russia’s revanchism continues apace. The underlying principle behind Putin’s invasion, namely that Ukraine has always been part of the Russian empire and that its independence was invalid, applies to many other territories and endorses the view that if there is a compromise on Ukraine that will not stop further territorial ambitions. Crimes against humanity, personified by continuing multiple attacks on civilian targets with missiles against the Ukrainian people, are now being perpetrated by Russia on an industrial scale. Gone are the days in which warmongers sought to hide their breaches of humanitarian and international law as these attacks are openly attributable and practised without constraint or any attempt to misallocate responsibility.

Can we be neutral in this situation? Former US Secretary of State George Shultz said that “He who walks in the middle of the road gets hit from both sides.” It should be clear to all who love freedom and a rules-based order that this is not a choice: all those who support human rights cannot offer any excuses for naked aggression, whatever the historical context. That is not to say that in order to establish dialogue one should be deaf to the position of Russia. As a barrister I am well practised in putting myself into the position of my opponent – playing the devil’s advocate – not least to understand their strengths and weaknesses with which I must deal.  It is a necessary and often a revelationary exercise. Understanding the motives and aspirations of those on the other side is the basis for discussion and finding a way forward. Without that comprehension negotiations only serve as grandstanding positions for each side.

Cyber warfare is with us to stay. Not just in terms of direct intervention in civilian facilities but also in financial theft – last year North Korea stole $800 million through cyber means. Moreover, increasingly, warfare is being conducted through drones (supplied by Iran to the Russians with worrying expectation that they could send them also to North Korea). Defence mechanisms to shoot down drones is being developed rapidly, especially by the USA, but this is an attempt to catch up rather then presenting an equality of arms. If the most sophisticated military country in the world has such difficulty, what chance does a militarily less developed country have to combat such attacks? All around the world countries are diverting resources so desperately needed to support their populations on increased armaments – the world is preparing for war at the same time as international trade is shrinking as countries look to shorten supply lines for vital resources especially in security of energy provision. Globalisation is in reverse and we shall all end up not only poorer as a result but also with our security more greatly compromised. At the same time, civilised diplomacy seems to be breaking down – countries are now much more belligerent in megaphone accusations and inability to find any common ground (we in Britain are seeing that to our cost in our relationship with the EU post Brexit). That leads to a dangerous powder-keg in which a miscalculation or misunderstanding can set off the spark of greater conflict – as any student of the lead up to the First World War will fully understand.

If the exercise of freedoms is the epitome of peace then, as indicated above, we need to be careful that we do not extend the concept of exercise of freedom so widely that it means that the whole world is regarded as in perpetual conflict!  Freedom from fear and want, laudable and necessary as those aspirations are, cannot be used as defining whether or not a country is in a state of war. Freedom from oppression or slavery, though essential for the exercise of human dignity and self-determination, cannot be necessary precursors to avoid a state of war even though their absence may be a cause of revolution. Perhaps the most obvious freedom as a prerequisite to there not being a state of war is freedom from aggression from another state or state actors (whether through armed intervention, cyber-attack on essential services or denial of vital resources) – recognition of which has now been enshrined only recently as a further international crime within the jurisdiction of the International Criminal Court.

According to UNHCR (as at 27 October 2022) the number of people forcibly displaced worldwide has almost doubled in the past decade to 89.3 million (at the end of 2021), the highest figure on record. Forced displacement now affects more than one per cent of humanity. Of these an estimated 36.5 million (41%) are children below 18 years of age. 80% of the world’s displaced people are located in states or territories affected by acute food insecurity and malnutrition, and 40% of displaced people are children. More than three-quarters (77%) of the world’s refugees are caught up in situations of long-term displacement, e.g. the situation in Afghanistan, now in its fifth decade. The total number of refugees worldwide increased to 26 million at the end of 2019. More than two-thirds of these refugees originate from just five states: Syria, Afghanistan, South Sudan, Myanmar and Somalia.

So what is a state of peace from the perspective of those fleeing persecution? It has to be an amalgam of freedom from oppression (including torture and arbitrary arrest and imprisonment), freedom of expression and of movement, freedom of worship, freedom from want and freedom from fear, echoing FDR’s essentials. The absence of these may not be accompanied by armed conflict but a situation in which they are absent in themselves cannot be described as one of peace. If we know our destination then we can map the route towards it.