Home > New World Federalist Papers > We are all citizens of Ukraine

We are all citizens of Ukraine 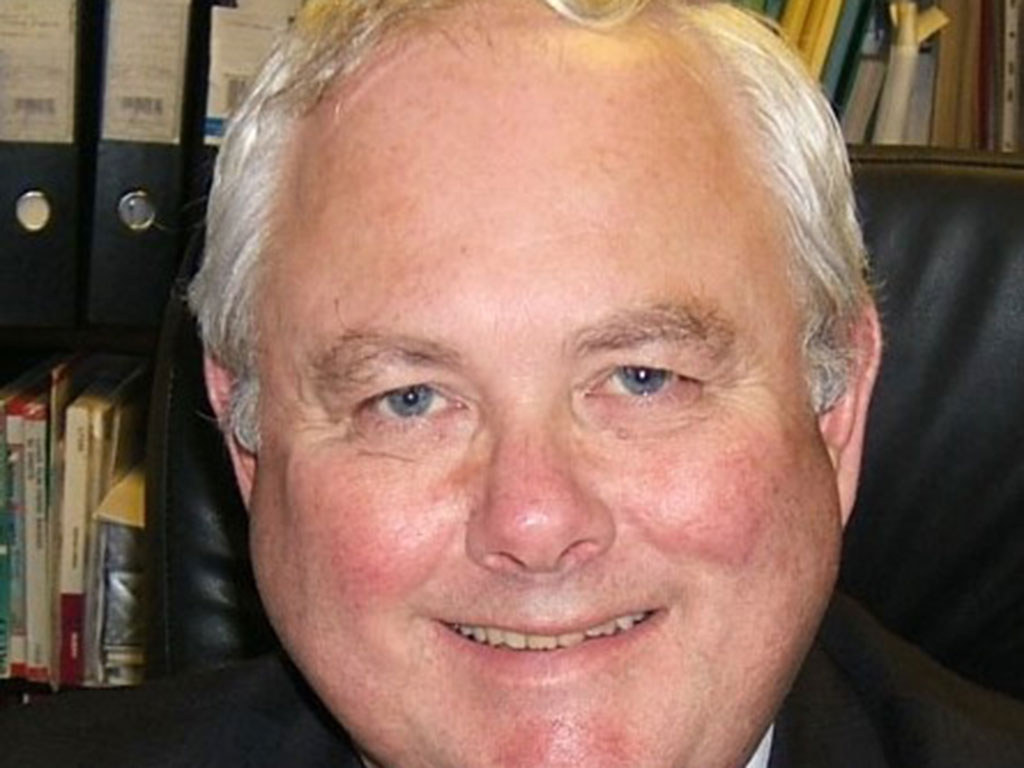 I have a love of the people and history of Ukraine having visited more than once. The last time was as an OSCE observer for the Presidential elections and I am now in regular contact with my interpreter at the time who is living in daily fear with her family in Dnipro in the centre of the country. It has been a battleground and seen so much conflict, occupation and suppression over the centuries yet the spirit of the people is indomitable as we are now seeing. What is happening is a deep tragedy for a fine people and a beautiful country. Even then there was mistrust of their larger and more powerful neighbour. We should recall that on independence in 1991 (never accepted by Putin) Ukraine became a neutral state, voluntarily relinquished all its nuclear weapons, formed a limited military partnership with Russia and other CIS countries while also establishing a partnership with NATO in 1994. It also established the Ukraine–European Union Association Agreement which, in 2013, was suspended by President Viktor Yanukovych who was ousted in the peaceful Orange Revolution.

Fifty-nine years ago, at the height of the Cold War, a young, charismatic US President remarked “All free men, wherever they may live, are citizens of Berlin, and, therefore, as a free man, I take pride in the words “Ich bin ein Berliner.”  Today, we must assure a young hero of his country of about the same age, its President, who is rallying his countryfolk to defend their freedoms, their lives and the integrity of their nation that all free men and women of the world are now citizens of Ukraine. We cannot, we must not, step aside in the face of the grossest abuse of international law and the UN Charter and all those values for which world federalists stand.

For historians the possible analogies with what happened the last time there was full-scale war in Europe over eighty years ago is chilling. Hitler re-occupied the Rhineland in 1936 on the basis that it was traditionally part of Germany, the so-called Anschluss or occupation of the sovereign state of Austria was two years later (are these similar to the Russian seizure of Crimea?) as was the annexation of the Sudetenland, part of Czechoslovakia, (can comparisons be drawn with the occupation of Donetsk and Luhansk?).  The rest of Europe had to learn the hard way at the cost of its devastation and the loss of millions of lives that Hitler may have promised not to go further but his words were hollow. Seeing commentaries from ordinary Ukrainian citizens it is clear that they are making the same connection with Putin.

If that linkage is valid then if Putin succeeds in dominating Ukraine with his own installed puppet government the fear must be that Estonia (with its large Russian population) and the other Baltic states may be next – the problem there is that they are members of NATO and would invoke Art.5 of collective defence (an attack on one is an attack on all countries of NATO). If NATO were to react in accordance with its treaty obligations then, sadly, we truly have World War III. If it allows the Baltic states to be swallowed up then it seals the death of NATO and a far worse descent into prolonged and extensive war with different European states. For a more informed view I refer to the 2016 book by former Deputy Supreme Allied Commander Europe General Sir Richard Shirreff entitled “2017: War with Russia: An Urgent Warning from Senior Military Command” which suggests that Russia could easily invade the Baltic States and that war between Russia and NATO would be possible.

What can we do as world federalists to try to temper this terrible threat to the peoples of Europe and beyond? We can urge certain courses of action and we can point to the values that have always underpinned our philosophy, namely observance of the international rule of law, democracy and the right of self-determination. The first endeavour must be to a ceasefire and a withdrawal of Russian troops to the border with Ukraine so that meaningful talks can recommence. It is no good reactivating the Minsk Agreement which Ukrainians have always maintained was forced upon them. Moreover, a sovereign nation cannot be compelled, as Putin wishes, to give an undertaking never to seek NATO membership (and, presumably, also membership of the EU). A democracy cannot bind its successors and what Putin has achieved (apart from generating a remarkable solidarity of condemnation and action not just from Europe and beyond but also within Russia itself) is to convince states such as Ukraine, Finland and Sweden that the collective shield of NATO may be the best guarantee of their future safety. This was a major miscalculation for which he may pay the ultimate price. What gain can there be for Putin and Russia from such negotiations? Not a great deal for the reasons given but maybe a greater openness for dialogue and mutual inspection of military matters – however unlikely that may seem at present.

What else should we do? We should point to international law and uphold its application. There is increasing recognition that the invasion of Ukraine constitutes the crime of aggression.

The crime of aggression was one of the four crimes listed in the Rome Statute when the treaty was adopted in 1998 but the completion of the definition and provisions of jurisdiction were postponed for further negotiation. ICC member states finally decided on the definition of the crime at a review conference in Kampala in 2010 but a split emerged among states on whether the jurisdiction would apply to all ICC member states, once the threshold of 30 ratifications had been met, or only to those that had accepted the Court’s jurisdiction over the crime. The resolution that was finally adopted entered into force on 17 July 2018—the date of the 20th anniversary of the ICC’s founding treaty—for ICC member states which have ratified the Rome Statute and the amendments on the crime of aggression. It also stipulates that the ICC will not have jurisdiction over ICC member states, or their nationals, that have not ratified these amendments. Technically, therefore, this does not apply to Russia.  Nevertheless, it is possible to argue that, outside the jurisdiction of the ICC, the crime of aggression has entered into customary international law which consists of rules that come from “a general practice accepted as law” and exist independently of treaty law such as the ICC. According to the International Law Commission (1950) customary International law can be derived from, among other sources, decisions of national and international courts, which could include the Nuremberg and Tokyo trials. In 2018, the Commission adopted Conclusions on Identification of Customary International Law with commentaries which, on 20 December 2018, were welcomed and encouraged by the General Assembly of the UN (UNGA).

Aggression was first recognized as an international crime resulting in individual criminal liability under international law in the Charter of the International Military Tribunal at Nuremberg (IMT). Article 6 (a) gave the IMT jurisdiction over crimes against peace, “namely, planning, preparation, initiation or waging of a war of aggression, or war in violation of international treaties, agreements or assurances, or preparation in a common plan or conspiracy for the accomplishment of any of the foregoing.” This wording is duplicated in article 5 (a) of the Tokyo Charter. The International Military Tribunal for the Far East convicted 23 defendants, amongst them Hideki Tōjō, for the waging of aggressive war. The IMT in its judgment of 1946 stated that the crime of aggression “[…] is the supreme international crime differing only from other war crimes in that it contains within itself the accumulated evil of the whole.” In the same year the UNGA adopted resolution 95 (I) in which it affirmed the “principles of international law recognized by the Charter of the Nuremberg Tribunal and the judgment of the Tribunal”. Jodl, Keitel, Rosenberg and Ribbentrop were hanged for this offence.

After World War II, the prohibition on the use of force by states was laid down in article 2 (4) of the Charter of the United Nations (UN) which prohibits the threat or use of force against the territorial integrity or political independence of any state subject only to individual or collective self-defence by states involving the use of force (authorized by article 51 of the Charter) and use of force authorized by the UN Security Council as under article 42 of the UN Charter. There is no possible argument for Russia to excuse its actions under these exceptions. Putin is a war criminal.

How will it end, this sad descent into the old, discredited politics of neo-colonialism, imperialism and von Clausewitz philosophy which we had thought had been put in the dustbin of history after two world wars?  For me it will come from within Russia itself. The situation is so fluid and fast-moving that as soon as these remarks are read they will be redundant with new factors having intervened. Yet already there have been demonstrations in many Russian cities against the war, some 800,000 and counting have signed a petition, members of the State Duma are openly claiming that they were misled about the use of force and did not agree to an invasion of a sovereign neighbour – all this despite a clamp-down on media (truth is always the first casualty of war) and the arrest of 3,000 Russian civilians and counting.

All this was another miscalculation of Putin (apart from underestimating the Ukrainians’ will to resist and fight and to coalesce around their President). He has surrounded himself by people who merely endorse his increasingly illogical actions (for which he is on record as stating are his alone). He has miscalculated the apparent weakness and division of the West (no doubt taking comfort from the half-hearted reaction to the annexation of Crimea and believing that the same reaction would follow the invasion of Ukraine). If the occupation of Ukraine against a hostile local population lasts as long as the conflicts in Chechnya and Afghanistan we are looking at a decade or more of guerrilla warfare funded and armed by the West – Sir Richard Shirreff reckons that this would absorb some 600-700,000 Russian troops which is a level that cannot be sustained. Although it coincided with Glasnost and Perestroika one of the main reasons behind the Russian departure from Afghanistan in 1989 is that it was a war they could not win and the body bags were having a bad effect on domestic Russian morale questioning why so much blood had to be spilt in a foreign war (the Vietnam impact). The length and nature of the Ukrainian conflict could be another miscalculation.

Yet the greatest of all these flawed rationales would be to fail to appreciate domestic Russian opinion. Perhaps the happiest outcome of this tragedy for all would be for a new Moscow Spring in which there is regime change and greater democracy with fewer interfering and self-enriching oligarchs milking their own country and a greater willingness for engagement with the West on the basis of mutual respect and co-operation. That would mean from the West concessions and a greater willingness to accept Russia as of major importance for what it can offer other than its military hardware. Xi Jinping would not like it but that is another subject. There has to be greater mutual trust which the Ukraine invasion has made so much more difficult. Yet my faith rests with the Russian matriarchs and those of goodwill and peaceful intention in Russia.  Once Putin is gone, whatever the manner of his departure, there may be a chance. It has happened elsewhere – all those former Warsaw Pact countries whose economies and democracy flourished once the Soviet hegemony had ended and, of course, ironically, in Ukraine itself.