World Federalism is not Big Brother 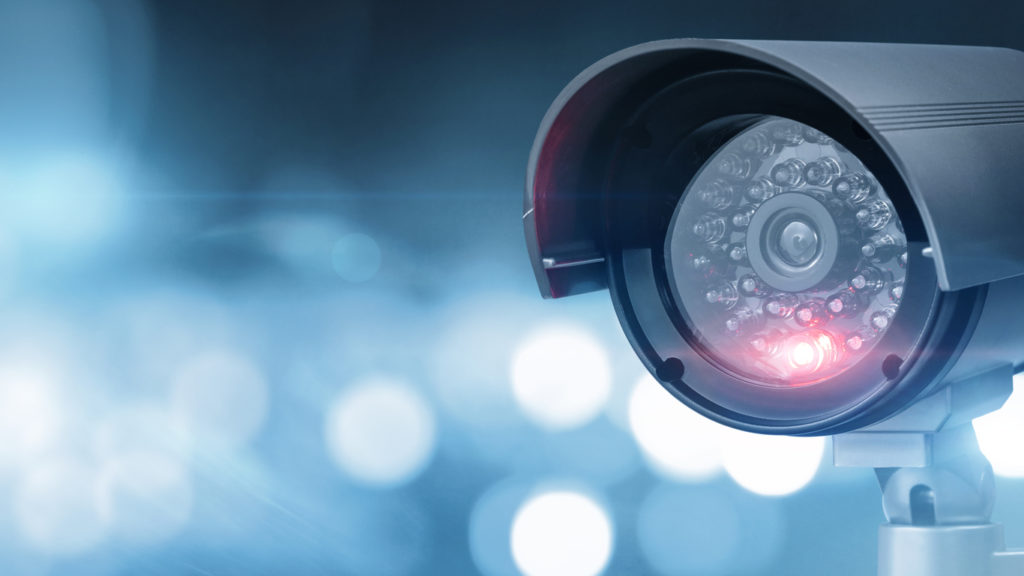 The oft used quotation that “Truth is the first casualty of war” has been variously ascribed to Aeschylus, Dr Samuel Johnson and a Republican senator from California. It is axiomatic just as we now have to learn that the first casualty of a pandemic is personal freedom – true of whether the state is benign or authoritarian. In Britain it is a hard pill to swallow by Conservatives, those lovers of free markets and rights of the individual, that it is their own Government that has enforced lockdown, the closure of bars, restaurants and places of entertainment and sport which might reasonably be regarded as the preserve of a fascist dictatorship. We have been made to wear masks, prohibited from hugging or even visiting our loved ones (many of whom have died in hospital unattended by their relatives at their side) and not allowed to congregate. This is the stuff of Orwellian horror. When added to this, on an entirely separate track, comes increased surveillance through face recognition, tracing of mobile phones and the collection of ever more data on the individual – paraded as necessary for our own protection and security it is small wonder that people begin to question the motives of the state. Is it there to protect us or to control us?

Such intrusion goes further: it their attempt to avoid social calamity governments have paid wages of those employed by private employers, deferred legal action against those who cannot pay their bills and poked its fiscal fingers into almost every pie. Further still, encouraged by getting away with such intervention, governments are now indulging in the traditional death rattle for industry and business by investing in those in which it thinks there is a future – basically backing “winners” as though politicians have the background and insight to be able to second guess business people themselves. Ultimately, it leads to the command economy with infrastructure white elephants which no-one wants or uses and which almost invariably bankrupts a nation and causes a massive exodus of talent irrespective of whether the government in question is of the Left or the Right.

No wonder some are alarmed! Lord Frost, a close adviser to the British Prime Minister, chief Brexit negotiator and Cabinet member recently claimed as an intellectual fallacy that long-term economic growth can rely on “big state, high levels of public spending, more regulation and government determined goals.” I am not suggesting that he is a guru invested with inalienable truth but he represents a point of view. On civil liberties he stated “The pandemic has ushered in a range of measures literally unprecedented in a free society” (he might have added other than in a time of war). “We must not lose our conviction that individual not collective rights are paramount.”  He spoke, of course, as a Western politician steeped in the history of the existence and evolution of individual rights set out by European philosophers such as John Locke, Immanuel Kant and Herbert Spencer of a school often describing these as intrinsic and inalienable. The perspective from another part of the world, however, can look very different.

Who watches the rulers?

“Quis custodiet ipsos custodes?” wrote the Roman poet Juvenal in his Satires echoing the thoughts in Plato’s Republic. Who, indeed, watches those in power? It is a question of accountability which is central to WFM/IGP’s promotion of democracy at the highest level and associated with international institutions – such as the call for a UN Parliamentary Assembly. It is a recurring theme: in his 2013 report to the UN Human Rights Council the Independent Expert on the Promotion of a Democratic and Equitable International Order elucidated Juvenal’s continued relevance: “Crucial remains the conviction that the government should serve the people and that its powers must be circumscribed by a Constitution and the rule of law. Juvenal’s question quis custodiet ipsos custodes (who guards the guardians?) remains a central concern of democracy, since the people must always watch over the constitutional behaviour of the leaders and impeach them if they act in contravention of their duties. Constitutional courts must fulfil this need and civil society should show solidarity with human rights defenders and whistle-blowers who, far from being unpatriotic, perform a democratic service to their countries and the world.” In a different format it was the essence of the short Gettysburg address: that government of the people, by the people, for the people, shall not perish from the earth. Accountability is key.

Is capitalism the catalyst or the enemy of world federalism?

The pandemic has further highlighted the comparison and tensions between the capitalist and command systems on top of the economic differences highlighted by China’s growth and the success of the so-called Tiger Economies (like Singapore, Hong Kong, South Korea and Taiwan).  Both the control and management of the pandemic and the economic success of these countries appears to be consequent on a high level of central direction and compulsion – well, certainly, that is the message from them but, in fairness, also from a number of informed observers. By comparison, with some exceptions, the vagaries in policy and the importance of individual freedoms in democracies seem to have led to a more chaotic, changeable and unpredictable answer. How true is this generalisation and also the premise on which it is based – that efficiency in all things is more important that civil liberties? First, there is no guarantee that the wisdom of a centralised authoritarian state is superior to that of a democracy – history is littered with examples of dictators or unelected oligarchies who had led their countries to ruin.

Democracies may get decisions wrong (my finger points at the British public narrowly voting to leave the EU!) but at least through elections they can recognise those mistakes and put them right with a new government. In economics, of course, that can be anathema to businesspeople who like certainly to be able to make long-term investment decisions and changing policies through elections every four or five years can upset those decisions. Nevertheless, it is better to be seen to fail rather than to carry on with flawed objectives – we have to live with the inefficiencies of democracies because they are the only true expression of the voice of the people (mercurial though they may be) and, together with the rule of law, are the ultimate safeguard of civil liberties. Would I rather live in an efficient state without freedoms or enjoy my freedoms even at the expense of some unnecessary bureaucracy. For democrats it is a no-brainer!

It is the economic freedom that comes with democracy and capitalism (ie no massive interference in business by the state) that has allowed civil liberties to thrive. While accepting that without the welfare state many in a free-market environment can suffer the evidence is all around us – our justified condemnation of the abuse of human rights is reserved for those states that are civil or military dictatorships or where democracy is a mere window-dressing. It is no coincidence.

Lord Frost, not uniquely, raises the old issue of the conflict between individual and collective rights. As mentioned above, the Western way of life is steeped in the rights of the individual both in society and as a safeguard against an intimidating state. Yet there are also collective rights inherent in that of self-determination, freedom from genocide, rights of minorities and indigenous peoples. We need to refer to the Universal Declaration of Human Rights which formed the basis for the European Convention on Human Rights and has inspired more than 80 international conventions and treaties as well as numerous regional conventions and domestic laws.  It was the first international agreement on the basic principles of human rights. It was described by Eleanor Roosevelt, who was chair of the UN Commission on Human Rights which drafted it, when it was adopted on 10 December 1948 claimed that it “may well become the international Magna Carta for all men everywhere.” On its tenth anniversary she articulated those rights’ very personal meaning “’Where, after all, do universal human rights begin? In small places, close to home – so close and so small that they cannot be seen on any maps of the world. Yet they are the world of the individual person; the neighbourhood he lives in; the school or college he attends; the factory, farm, or office where he works. Such are the places where every man, woman, and child seeks equal justice, equal opportunity, equal dignity without discrimination. Unless these rights have meaning there, they have little meaning anywhere. Without concerted citizen action to uphold them close to home, we shall look in vain for progress in the larger world.”

In eastern cultures the emphasis is more on collective duties. “The basic ethical concept of Chinese social political relations is the fulfilment of the duty to one’s neighbour, rather than the claiming of rights. The idea of mutual obligations is regarded as the fundamental teaching of Confucianism” which is what the Chinese philosopher Lo Chung-Shu (1903-1985) wrote in his response, titled “Human Rights in the Chinese Tradition” to UNESCO’s survey on the philosophical foundations of human rights, sent on 1 June 1947.  We should regard these two approaches not as incompatible but rather as complementary and capable of coexistence and even possible integration.

The detractors of world federalism seek to portray it as an international tyranny and we need to combat this for the fallacy that it is. We should remember Arthur Schopenhauer’s dictum that “All truth passes through three stages. First, it is ridiculed. Second, it is violently opposed. Third, it is accepted as being self-evident.” So perhaps we should be flattered that we have opponents! World federalists understand that the basis of political power is for it to be exercised at the lowest level possible and to be reserved upwards only where it cannot be applied at that level – it is building from the bottom up or subsidiarity. We want to see local issues dealt with by local democratically elected councils, national issues by the state but international matters at the international level by institutions which fulfil the democratic mandate of accountability to the people affected by those decisions. It is akin to the jurisdiction of the International Criminal Court – an institution which has been misrepresented deliberately by those to whom it is inimical, not least previous US Administrations, which choose to ignore the Rome Statute that crimes ideally should be dealt with in domestic courts where the offences or offenders are located and referred upwards to The Hague only where the domestic authority is unwilling or unable to bring perpetrators to justice.

Essentially, therefore, a federal system gives a large degree of autonomy to local/regional identities. It is small wonder, therefore, that federal government is experienced by the majority of the world’s democratic population. Mostly, it has been brought about by independent states amalgamating into nation states but wanting to keep their original identities: Germany, India, United States. Sometimes these have not gone as far as full federation but exist as confederations with even looser central authority – Switzerland and the first few years of life of the USA.

We should not be timid, therefore, in promoting loudly the benefits of democratic federalism and the need to extend them on to the international stage. No political system is a perfect answer to the equitable governance of a diverse community which avoids dispute resolution through war or threat – but federalism is about as good as it gets!