Home > Resources > To international community friends and colleques: on current situation in Armenia

To international community friends and colleques: on current situation in Armenia 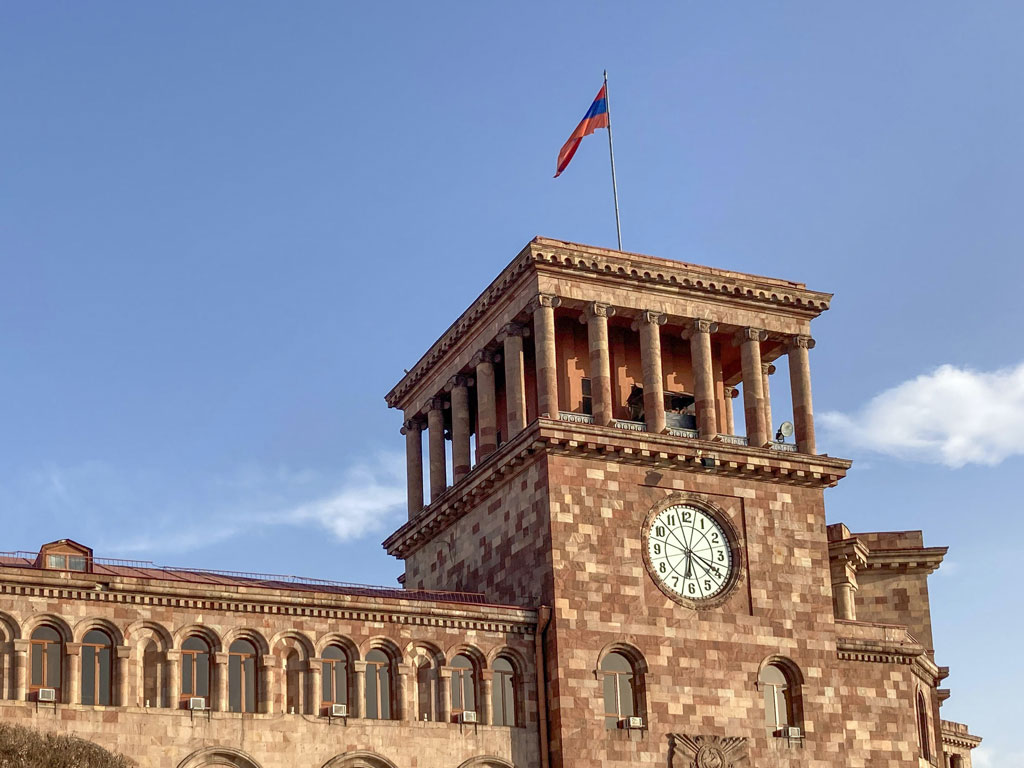 Two years ago on September 27, 2020 Azerbaijan, with NATO member, Turkey’s support started its full scale war against the residents of Nagorno Karabakh that lasted 44 days, costing over 5,000 lives and uprooting 120,000 indigenous Armenian residents’ majority of whom were women and children.

Armies of the two authoritarian regimes, multiple times larger and more sophisticated than Karabakh or Armenia’s army, in an air and missile war, carpet bombed the civilian population of Nagorno Karabakh using weapons the use of which are forbidden under the international law. Azerbaijan’s army targeted civilians and civilian facilities such as schools and hospitals, using missiles, rockets, and drones as well as phosphorus bombs, to destroy critical infrastructure while their recruited, and trafficked mercenaries proudly posted videos of themselves beheading innocent residents and destroying ancient Christian cultural and religious monuments.

The 44-day war shifted the situation on the ground not only in Nagorno Karabakh but also along the borders of Armenia proper–especially in Armenia’s southern regions where displaced residents settled following territorial losses in the war. These residents found themselves on the border with Azerbaijan under very weak security guaranties with Russian peace keepers who have an undetermined mandate and role.

Reactions from the International community came very late and was diverse: some called Armenia and Azerbaijan for an immediate ceasefire. None of the western powers ever questioned why would Armenia start the war? Others went even further, blaming Armenia for initiating the war, to fulfill their own political interests while showing total lack of concern for the loss of innocent lives giving green light  to killing innocent people.  There were very rare voices who warned of other full-scale wars. Russia’s war against Ukraine repeated the same scenario as that in Karabakh.

Almost two years later, on 13 September, 2022, Azerbaijan launched a serious military offensive, not against the unrecognized Republic of Nagorno Karabakh, but  against the independent and internationally recognized Republic of Armenia–a sovereign country in the Caucasus. As a ‘geopolitical hostage” surrounded by strong authoritarian regimes, the Christian nation of Armenia pays a very high price for its continuous adherence to democracy and rule of law. Armenia demonstrated its commitment to democracy even after the tragic losses during 44 days war,  once guaranteeing a democratically elected government.

On midnight of September 12, Azerbaijan unleashed attacks in the communities along Armenia’s Eastern border – Gegharkunik, Vayots Dzor and Syunik regions. Major shelling and explosions were heard in the cities of Jermuk, Goris and Kapan. Azerbaijan used artillery and UAVs against the civilian and military targets in gross violations of Geneva convention,  bombarding the territory of an independent, neighboring state–and occupying 10 square miles of Armenia’s terriroty.

As of 12:00 pm yesterday, Armenia reported of 49 civilian casualties and many more destructions. The number of casualties continues to increase.

This attack intensified for the third day, costing more human lives. Destroying and burning civilian buildings is aggression against the neighboring state–this follows days of disinformation by Azerbaijan on how Armenia violated a ceasefire.

A similar attack can be expected against Nagorno-Karabakh any time, given similar, continued disinformation campaign there.

This aggression was predictable in light of international community’s failure to condemn Azerbaijan and Turkey’s war crimes during the 44-day war and the community’s mute response to post 2020 developments, lacking any condemnation of actions by Baku. Azerbaijan’s attempts to   further weaken Armenia is now pushing for the so called “Zangezur corridor” under its sovereignty.

This attack also aims to pressure Armenia to halt its calls for protection of the rights of indigenous Armenians in Nagorno-Karabakh.

It is important to stress that Azerbaijan unleashed this new attack on Armenia’s sovereign territory less than two weeks after the meeting between Armenia’s Prime Minister, Nikol Pashinyan and Azerbaijan’s President Aliyev in Brussels which was brokered by the European Commission.

Even more, the recent EU gas deal signed with Azerbaijan legalized (encouraged) Baku’s hardline approach by the same community which hails the human rights of the sovereign nation of Ukraine.

Since the signing of the ceasefire agreement two years ago, there have been numerous calls to the international community proposing concrete urgent actions. Current situation is critical and requires urgent, adequate and uncompromising international response to prevent worsening of the situation.

United response of democratic forces and states is urgently needed to stop aggressor.

It is high time for the democratic states worldwide to demonstrate democratic unity by providing a strong support to a country that is surrounded by mainly authoritarian states, except Georgia which also survived a war to protect its democratic values.

There is no time to wait. This war unleashed by Azerbaijan against Armenia, might change the geopolitical balance of our world and is a direct threat to democracy across the entire Caucasus.

If this situation remains unaddressed or drastic measures are delayed, the critical situation on the Azeri-Armenia border has the dangerous potentials of worsening–and will further isolate the humanitarian crisis of Armenians in Nagorno-Karabakh. It will further encourage Baku to resort to force to pursue its ethnic cleansing campaign against the indigenous Armenians.

The attack against sovereignty of Armenia is attack against democracy and rule of law which is our common value and deserves a strong and united action by the democratic world. It is time to take action and time to put a stop to empty rhetoric delivered on the floors of parliaments!