Afghanistan – the warning from history 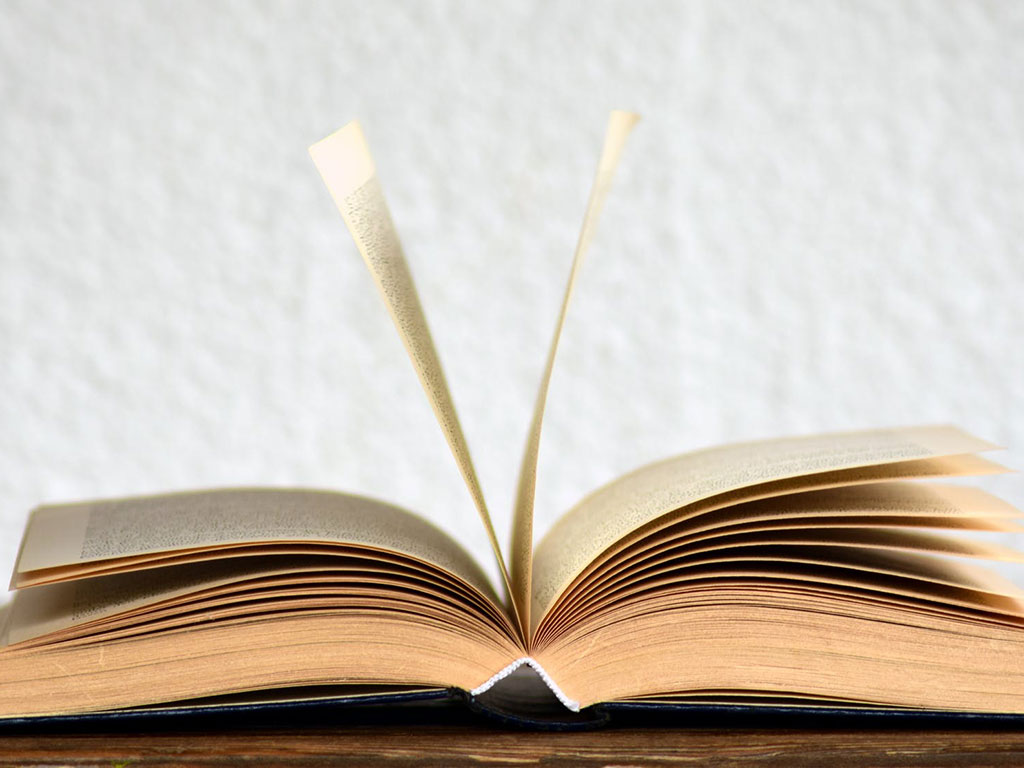 Can the tragedy unfolding in Afghanistan teach us anything? The reality is that it adds nothing to the understanding of those with eyes and ears who have witnessed the last several decades. It teaches nothing new, only reinforces what we knew already. First, that armed entry into another country without a specific realisable objective within a realistic timeframe is not only unwise but is likely to have a chilling external reputational and internal morale influence for years to come and can possibly lead to the demise of a country’s stature and influence. Russia experienced ten years of increasing humiliation and ever larger number of body bags coming home after entry into Afghanistan in 1979. It seems that Russia now sees an opportunity to regain influence there but should be warned of the lessons of history that seldom have happy outcomes.

Is it just Afghanistan that is the graveyard of neo-imperialist ambitions? Perhaps it is the most marked but, for Britain, Suez in 1956, the Gulf War and now Afghanistan have all served to bring home the message both domestically and internationally that [a] the UK can do little, if anything, on its own (even a more successful 12 year campaign against insurgency in Malayaended ultimately in notional defeat in 1960) and [b] although British military training and response under fire may be regarded as better than most, even such organisation can be thwarted by determined guerrilla fighters seeking, as they see it, to expel the foreign invader. Although not analogous, the experience in Northern Ireland was that well trained troops intended for combat are no ultimate match for a determined civilian or quasi-military indigenous uprising. They can keep the peace for a time but, without a durable political settlement, the lid will finally come off the boiling kettle.

For USA the humiliation of Vietnam and the enduring images seared into the brain of the desperate helicopter flights out of (then) Saigon which should have tempered future foreign intervention did not prevent the resultant chaos that is now Iraq following the Gulf War and the failure of any exit strategy as well as the disbandment of the Iraqi military which might have provided some stability. Yet with all this sad recent history the temptation to follow the Russians into Afghanistan (and experience all the weaponry provided to the Taliban to expel the Russians being turned on the providers themselves) was too great following 9/11.  Indeed, as George Santayana so graphically puts it “”Those who cannot learn from history are doomed to repeat it” and it reminds us of the apothegm attributed to Einstein that the definition of insanity is doing the same thing over and over again but expecting different results.”

Should we just leave Afghanistan to its fate, recognising that the humiliation of the USA and its allies in these last few days does not give any moral authority in seeking to influence its future? Both ethically and for humanitarian and geo-political reasons world federalists would not abandon such an important part of the world. Russia, although similarly humiliated after a decade of military involvement from 1979, has now decided to engage again. China is following suit; Pakistan, Iran and others are either already there or soon will be. As was pointed out recently in the British House of Lords by the well-respected former Speaker of the Northern Ireland Assembly and active conciliator in the troubles in that province Lord Alderdice “I have long been of the view that the extension of the Afghanistan mission to democracy-building was a mistake that would end in disaster for those that collaborated with us. It is clear that the Taliban are now the Government of Afghanistan. Those we supported and who were the government until this week, were weak, corrupt, chaotic and were never regarded by the people of Afghanistan as representing their interests, whatever we would like to believe about them. If we want to do anything for the people of Afghanistan it will have to be with the agreement of the Taliban, so we have no sensible alternative but to engage with them.” We should recall, also, that the Taliban are not a U.S.- designated Foreign Terrorist Organization (FTO) which may more easily facilitate engagement.

At a time when the British Government was stating publicly that it would never negotiate with terrorists (not least, understandably, to send the message that you cannot bomb your way to the negotiating table) Lord Alderdice knew that secret talks were taking pace and is of the view that without some form of dialogue there is no possibility of coming to any accommodation. This pragmatic approach (of which rebels throughout the world are only too well aware) was perhaps summed up a generation earlier by Winston Churchill “If Hitler invaded hell I would make at least a favourable reference to the devil in the House of Commons.”

Have the Taliban changed?  Obviously, it is too early to tell. We have conciliatory statements about the continued rights of women but all is subject to Sharia law, of which there is no pontifical central interpretation (a continuing problem for Islam) and one mullah’s opinion may be very different from that of another. I suspect that we shall have a continuing academic debate about the meaning of some parts of the Holy Koran and the Hadiths and how they should be applied in a modern context. Other religions have had to wrestle with their doctrine and dogma being interpreted in ambient circumstances very different from when they were conceived.

What is reasonably certain, however, is that the Taliban will wish to show that they can govern Afghanistan and not make a mess of the administration against a backdrop of a nearly bankrupt country desperately in need of foreign aid and investment. It will be interesting to see how China and Russia step up to the mark on this. For these reasons the Taliban will wish to avoid national embarrassment and isolation through acts of terror perpetrated by Al Qaeda or Islamic State (ISIS/ISIL/Da’esh). The recently updated paper from the Congressional Research Service on “Terrorist Groups in Afghanistan” sets out in greater detail the profile of these groups. It points out that the US-Taliban agreement of February 2020 which included the withdrawal of US troops also, in return, committed the Taliban to take unspecified anti-terrorist measures.  Moreover, apart from the US/UK allied involvement in the country for twenty years having led to a new generation brought up in freedom, democracy and universal education far different from the population the Taliban found in the 1990s, those years have also seen an erosion of the Taliban and terrorist groups. The fact that there has not been any major terrorist attack on the West launched during that time from Afghanistan also shows that the involvement was not in vain – even if it looks like wasted time from the perspective of the current crisis. What is also true, however, is that during that time there have been closer ties built between the Taliban and Al Qaeda as they faced a common enemy.

It is not impossible to contemplate a form of external assistance given to the Taliban to overcome these groups if they continue to operate from Afghanistan. The fear of other countries is not just the export of terrorism but a political vacuum in a sensitive part of the world between several states that are, themselves, unstable as well as flooding the world with narcotics (nearly all the heroin coming to the UK originates in the poppy fields of Afghanistan: opium cultivation representatives 16% of the economy).

Has the population of Afghanistan changed? Twenty years – a whole generation – has experienced a more liberal and emancipated democracy than in previous history (60% of the current population were born after the Taliban were last in control). If the Taliban resort to a strict, restrictive and tyrannical regime what will this new generation do? Some, no doubt, will continue to flee and drain the country of its intellectual and professional resource further impoverishing it. Others, however, are likely to fight in whatever way they can (no doubt surreptitiously armed and financed by elements in the West) which could herald a protracted civil war or at least a continued insurgency against a dogmatic regime, thereby further destabilising the country and, possibly, sucking in external intervention yet again.

Is Afghanistan a viable entity as a country or, in reality, is and has always been a loose group of different tribes (Pashtuns, Tajiks, Hazaras, and Uzbeks and multiple clans)with separate languages (officially Pashto and Dari but also Urdu, Farsi, Uzbek, Turkmen and others), alliances and allegiances? Apart from the four major ethnic groups there are ten other ethnic groups recognized and each represented in the Afghan National Anthem.William Dalrymple reminds us in “Is Afghanistan really impossible to conquer?” (Kandahar 2014) that the British Empire was routed by these tribesmen in the First Anglo-Afghan War 1839-1842 (there were two more after that!). It seems that it is possible to conquer the country for a short time but not to hold it down – hence the epithet that it is the graveyard of empires. It has been the war-ground for Alexander the Great, the Seleucid, Maurya, Parthian, Mongol and Mughal empires and intervention by the West.

A lesson from history

What is the lesson of Afghanistan for world federalists? I first went to Afghanistan in 1971, entering from Mashad, Iran when it was possible to travel throughout the country (albeit with warnings that I should be armed if I journeyed through the northern parts rather than the southern route from Herat to Kandahar which I took) and then on to Kabul (whence I went through the Hindu Kush to Mazar-e-Sharif) as well as being able to stand on top of the massive Bamiyan Buddha (later destroyed by the Taliban). The chequered history of the country is too long and complicated to chronicle in this short blog but it leaves the question as to whether, with so many different languages, tribal loyalties and regional warlords it is really a country at all. The only way in which to achieve some degree of peace and unity in such a situation is through a decentralised federal system with extensive powers to the 34 provinces and further 400 provincial districts. I believe that there can never be an effective unitary government in Kabul but only a federal (or even confederal) system based on consent. Nor should we lose hope that the country can return to more liberal values: it has happened previously. The reforms of King Amanullah Khanin the 1920s enshrined the education of women (whose rights were championed by Queen Soraya Tarzi), compulsory elementary education, abolition of slavery and other measures which reflected similar reforms by Kemal Ataturk in his own country. The ideas and hope from democracy and universal human rights still beat in the breast of Afghanistan!