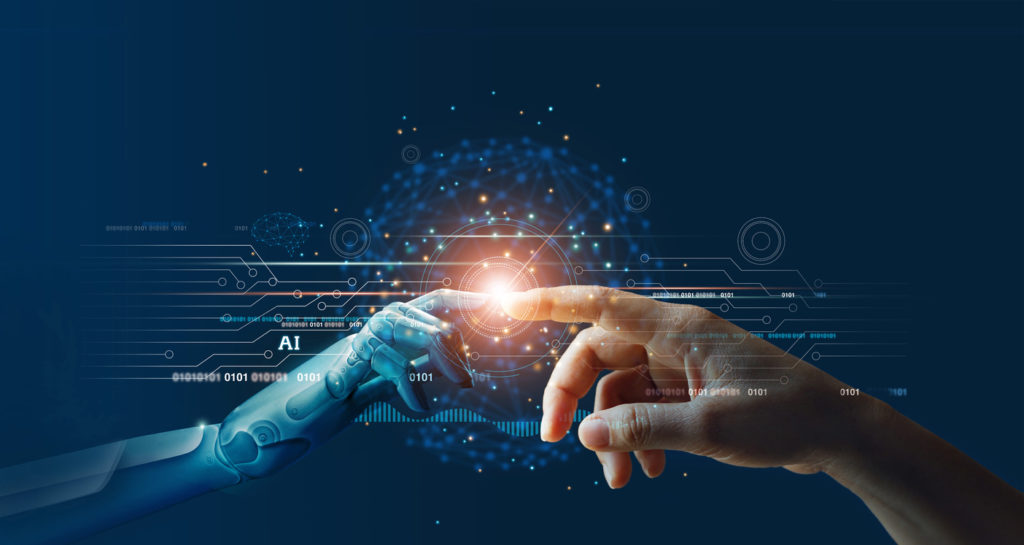 For many centuries, the main challenge for human societies was to learn how to develop and live together peacefully with one another.  In the twentieth century, the impact of humanity on the environment became so clear that a new geological period, the anthropocene, was acknowledged, reflecting the massive impact of homo sapiens on the planet. Mid-century, nuclear power was developed, showing how technology can be used both for good or ill. Now, in the twenty-first century, further opportunities and challenges continue to emerge as technologies of huge potential – again for good or ill – are developed. A couple of years ago, the World Federalist Movement / Institute of Global Policy (WFM/IGP) established a Transnational Working Group (TWG) to engage with the vital issue of governance of these new technologies.

When climate change came to be perceived as a major global challenge, a global regime complex was developed around the UN Framework Convention on Climate Change. Artificial Intelligence (AI) and its associated digital technologies will come to be seen as of comparable significance. Where is the global regime complex around AI?

What’s in a name?

There was much discussion initially about the name of the TWG within WFM/IGP. Whilst that could be seen as semantics, in fact it reflected a divergence in opinion as to the appropriate scope not only of the TWG per se, but of the scope of governance required to meet the challenges presented by these new technologies. Should a global regime be limited to AI? Or should it be broader, such as Digital Technologies or Emerging Technologies or Disruptive Technologies?  Consciously parking this debate, pending much more analysis and reflection, a full title of Transnational Working Group on the Global Governance of AI and Disruptive Technologies (a big mouthful) was agreed – and the group agreed to focus initially on the governance of AI.

The initial work of the group was two-fold.  We started with a mapping exercise that created a snapshot of the structure of the AI community, together with the key issues relating to both AI and its governance. At the same time, a Statement on AI was developed, setting out the main aims and priorities of the TWG with regards to AI global governance.

It was soon realised, however, that this Statement had no apparent foundation, no argumentation, and no evidence to support its assertions and aspirations. The group therefore decided to write a report setting out the thinking on both the opportunities and the threats posed by AI, and on the governance needed to address these challenges. AI is likely to become the dominant technology in the years to come and it is imperative that in the course of realising its benefits we avoid the major pitfalls that it presents. Such pitfalls range from the manipulative social media algorithms of today to the potential Lethal Autonomous Robots of tomorrow, extending to the broader impacts of AI on work and society, the potential deskilling of human beings, and the existential risk of loss of control to a superintelligence. The report Effective, Timely and Global – the urgent case for good global Global Governance of AI was produced in November 2020 and distributed to a wide group of experts involved in the AI governance debate.

The work has only just begun

Over the past couple of years, there has been not only a surge in awareness of the impact and potential of AI, but also in its need for governance. Several international bodies have engaged in the area including the Organisation for Economic Cooperation and Development (OECD), the United Nations Educational, Scientific and Cultural Organisation (UNESCO), the Group of Seven (G7), the Council of Europe (CoE), the European Union (EU), and the Institute of Electrical and Electronics Engineers (IEEE). All have taken steps in their own individual ways to develop the governance and regulation of AI. Significantly, on April 21st of this year, the European Commission (EC) published their Proposal for a Regulation laying down harmonised rules on artificial intelligence (Artificial Intelligence Act), representing the first legal framework for AI anywhere in the world.

The initiatives by this group of organisations span principles, research bodies, standards projects, certification programmes and now a proposal for binding regulation. The EC proposal contains significant new ideas such as a risk-based approach which can be expected to have a major impact on the development of AI governance thinking around the world. But neither this, nor any of the other initiatives, provide the comprehensive global governance that the world needs. In this digital age, technologies such as AI do not respect national boundaries: the governance of such technologies needs to reflect this fact.

Effective governance of AI will only be achievable if it is truly global. Many people realise this, including those involved in the more piecemeal governance initiatives. The sooner that a global approach is adopted the better for humanity. The WFM/IGP will continue to support and work with like-minded organisations, groups and individuals with the aim of making this vision a reality.

Robert Whitfield is chair of the One World Trust in the UK and of the Transnational Working Group on the Global Governance of AI and Disruptive Technologies (TWG on AI) of the World Federalist Movement / Institute for Global Policy. A former senior executive of Airbus, Robert has been working on global environmental solutions and governance, and global governance more widely for more than twenty years.