Home > New World Federalist Papers > How important is our history?

How important is our history? 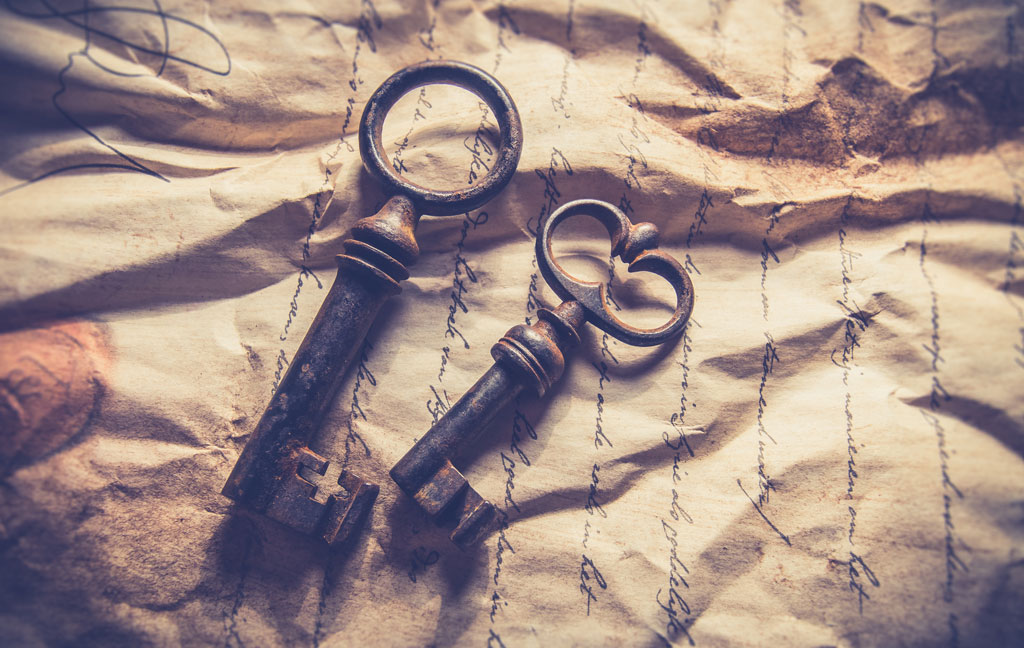 History seldom repeats itself entirely but if we do not understand where we have been it is difficult to determine where we are going: the route can be shaped by the lessons of the past. Irish statesman Edmund Burke is often misquoted as having said, “Those who don’t know history are destined to repeat it.” Spanish philosopher George Santayana is credited with the aphorism, “Those who cannot remember the past are condemned to repeat it,” while British statesman Winston Churchill wrote, “Those that fail to learn from history are doomed to repeat it.”

What, if any, are those lessons to guide us in the current global predicament. The first is that few nations can stand alone in securing their security and supplies in a globalised economy in which modern technology and factors transcend national boundaries. The world is polarising not so much into individual narrow nationalisms (although that is also discernible) but into regional power blocs, not necessarily geographically contiguous. The way in which the Nazi regime picked off individual countries led directly to the common security embraced by NATO as a mutually defensive organisation. The second lesson is that although globalisation may have been partly arrested by the pandemic, energy crisis and war in Ukraine the inevitable lesson is that sourcing supplies globally in a free trade an environment as possible leads to greater prosperity – it is true that the so-called trickle down effect of wealth being spread more widely is discredited – the rich get richer and the gulf between them and the poor widens – but the generation of wealth enables greater investment: for the sensible that includes elevating the economies and wealth of others so that they become future markets.

You do not have to be a Marxist to understand that unbridled capitalism can cause immense harm. Marx condemned capitalism as a system that alienates the masses: although workers produce things for the market, market forces, not workers, control things – people are required to work for capitalists who have full control over the means of production and maintain power in the workplace. Sophisticated democratic economies have realised that the generation of wealth though capitalism carries an obligation to share that wealth for social purposes – what was devised in Germany as the Social Market Economy.

As, understandably, world federalists are political beings sometimes we do not give sufficient heed to the world of business, commerce and finance – it is easy to overlook the importance and power of non-state actors such as multinationals and the influence of not only the prominent wealthiest individuals (many of whom through institutions they have set up do remarkable beneficial work – such as the eradication of disease by the Bill & Melinda Gates Foundation) but also of the international investors. Many of the largest companies remain in private hands and are not publicly listed with thousands of shareholders. Although both private and public companies tend to avoid engaging in political controversy their influence cannot be denied. According to McKinsey there is nearly $10 trillion – equivalent to roughly treble the GDP of the UK – in private investment available. Many multinationals have a turnover greater than the economies of most countries. We need to engage with them as they, too, have an interest in global stability.

It is for these reasons that I am optimistic that the agenda of the world federalists for greater and improved global governance of these trends remains as valid today as ever previously. Maybe sometimes we do not look in the right places for support.

Another lesson of history which is for all to see in abundance is that military adventure and armed conflict never solve a geo-political problem and, if anything, only exacerbate it and leave it as a festering sore to be resolved later by political means. We live today with the consequences of accelerated and bad decisions and flawed treaties over boundaries that have lasting implications: so often they divide those of similar linguistic, cultural and ethnic heritage. The DPRK and South Korea remain technically at war (there is only a cease-fire) some seventy years after hostilities. The failure of armed interventionists in the Vietnam, Middle East, Afghanistan and elsewhere to have a credible exit strategy and to put in place a political settlement has led to a more dangerous world, not a safer one. This, of course, will ultimately be how we judge the outcome of the conflict in Ukraine.

The war in Ukraine, its increased supply of modern weapons from Western countries, the advent of Finland and Sweden to NATO membership, the response of NATO towards military prepositioning, the response of Europe to increasing its share of contribution towards the defence of that continent in the light of American retrenchment all mean that we shall see more emphasis on defence spending and preparedness. With the recent electoral gains for the Liberal Democrats in Japan there may well be the realisation of the late Shinzo Abe’s desire to see the abandonment of Japan’s Article 9 of the Constitution – so lauded by peacemakers and world federalists as an important declaration of non-aggression outlawing war as a means to settle international disputes involving the state which, hopefully, might have been emulated by others.

The supply of weaponry to Ukraine should not be underestimated for its importance in having a real theatre ofwartime conditions for testing much of this materiel which, otherwise, could not be done. This increased global emphasis on the military may go beyond the old adage of which I have written “if you seek peace, prepare for war.”  Another sad lesson of history is that a country with extensive armed forces at some stage is persuaded to deploy them or else lose support for their maintenance. The so-called military industrial complex drives many economies. It was a phrase used by phrased used by outgoing American President Dwight D. Eisenhower warning against the dangerous partnership due to the “potential for the disastrous rise of misplaced power”. He claimed “In the councils of government, we must guard against the acquisition of unwarranted influence, whether sought or unsought, by the military industrial complex.” Currently, up to one million people in USA depend on military exports for their jobs. Add to this the assessment of the Department of Veterans Affairs that there were 22 million military veterans in the US population which, with active personnel numbers, means that 7.3 percent of all living Americans have served in the military at some point in their lives. If you look at the suppliers reliant on the industry it is not difficult to reach a figure of 1 in 4 Americans being involved.  Other countries use conscription/ military service as a means of educating and/or indoctrinating and controlling their populations: looking at total military personnel (including part-time and reserves) India numbers more than 5m, China more than 4m, Russia more than 3.5m – all dwarfed by Vietnam’s 10.5m and DPRK’s almost 8m.  We are living in a very dangerous world!

At a more parochial level I have been thumbing through some old archive material in my WFM folders and come across some interesting documents. One of these is the “Messages to Montreux, Switzerland on the Occasion of the 50th Anniversary of the World Federalist Movement” (1997) with contributions from our then President Sir Peter Ustinov, Vice-President Robert Muller (Chancellor of the UN University for Peace and former UN Assistant Secretary-General), Maurice Strong (Under Secretary-General for UN Reform), Pierre Sane (Secretary-General of Amnesty International), Louis B Sohn (co-author with Grenville Clark of the seminal work which is required reading for all world federalists “World Peace Through World Law”) and Ben Ferencz (former Nuremberg War Crimes Prosecutor).

In the same batch of papers I found the publication of Parliamentarians Global Action (PGA) with a photograph from New York 1981 of “an early meeting of the International Council of Parliamentarians Global Action establishing the organisation’s structure and policies” featuring Representative. Apollos Njoku (Nigeria), Patrick Armstrong, Dr Harry Aarts MP (Netherlands), Rev Walter McLean MP (Canada), Douglas Roche MP (Canada), Dr Horst Wisebach, Nicholas Dunlop (Secretary-General of PGA), Richard Prebble MP (New Zealand), Keith Best MP (UK), Michael Wamalwa MP (Kenya) and Emma Bonino Deputato (Italy). Many of these people went on to have extremely distinguished careers but it was a privilege to serve with them all as the Chair of the International Council in times when we felt we were making real progress in improving the commonwealth of nations.

We must hope that such windows of opportunity and collective enthusiasm will come again to significant world leaders in all disciplines. Perhaps the final and most encouraging, but far from proven, lesson of history is that attitudes are cyclical. Just as the First World War built a revulsion against conflict (which, perversely, almost enabled Hitler to impose his own obscene regime through the desire for appeasement) and the League of Nations, so the Second World War brought about the Geneva Conventions, Nuremberg and Tokyo War Crimes Trials, the UN and Bretton Woods institutions all of which have had a lasting effect, so the Cold War collapsed into a new but short-lived dawn of perestroika and glasnost. There was a real opportunity, had it been embraced by both the West and Russia to build a lasting architecture for peace and co-operation but, sadly, it was not grasped. We must learn, too, from the failures in history. Had such a rapprochement been pursued we might never have had the invasion of Ukraine. If, when Putin has departed and, hopefully, is replaced by a leader who wishes for dialogue rather than confrontation we must be ready to bring Russia within the fold at least in terms of co-operation and confidence building measures. We have been there previously – McLoy-Zorin in 1961, my own modest contribution to the visit of British nuclear physicists to Moscow for discussions with the Soviet Academy of Sciences in the early 1980s for mutual inspection of nuclear tests and, of course, the fall of the Berlin Wall. History shows us the possibilities. If we can read history correctly and identify those openings then we may not be doomed to repeat the mistakes.