The WFM strategy for a “World Constituent Moment” 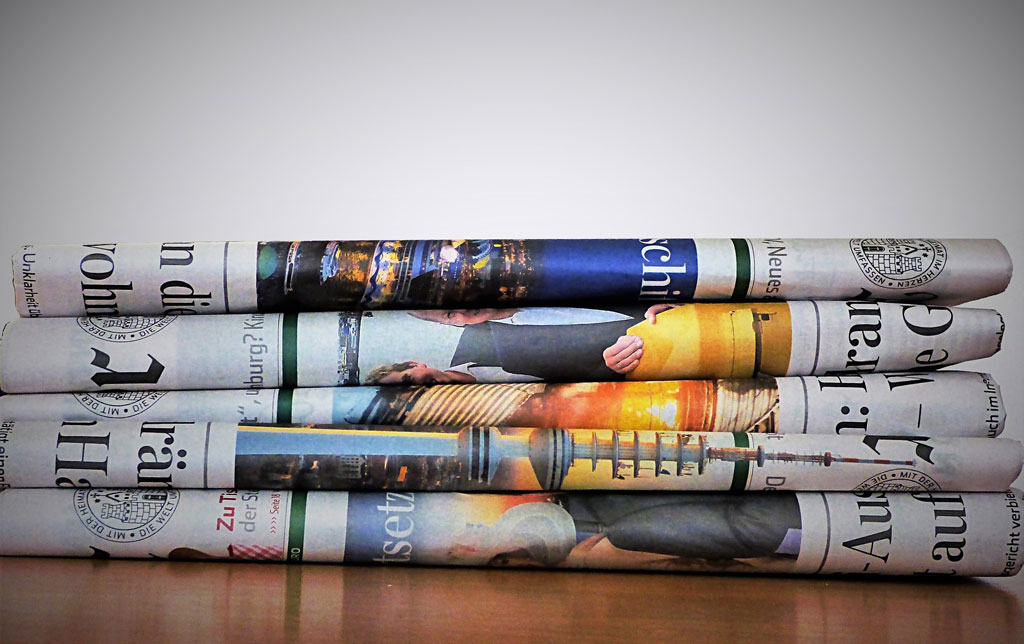 The discussion in the TOC meeting on 4th October was devoted to Andreas Bummel’s proposal for the UNPA. There was no time for an open and in-depth debate. I am skeptical of the proposal for a “coalition of the willing”. In an international situation in which a war between great powers is underway and in which the US defends the ideology of an inevitable clash between democracy and authoritarianism, a variant of the “Clash of Civilizations”, this coalition is unattainable. A world constituent moment can manifest itself only in view of a common danger that forces all the parties involved to dialogue and take shared decisions. In our century, this looming threat is caused by the irreversible environmental crisis. My aim is a joint UEF-WFM campaign for a Global Green Deal.

The United Nations is in crisis; a deep crisis that will continue to worsen if we do not succeed in stopping the race towards an international policy dominated by the conflict among great powers. After the collapse of the USSR, a prosperous and peaceful world seemed within reach. In the 21st century we must take note that these hopes were only illusions. Today we are witnessing a fierce war in Europe, which is in danger of degenerating into a nuclear war. The United Nations is powerless. This organization was created to preserve peace, but it does not have the necessary powers to act. Many denounce its failure. I cite as an example an article by Branko Milanovich (Does the United Nations still exist?, Social Europe, 3rd October 2022). Federalists should recognize that “international law” is a fiction, it is only a set of international agreements of norms and procedures, but without any binding value, because nation states can violate them when they have the power to do so. Immanuel Kant had accurately described the falsity of a “law” without sanctions. In Perpetual Peace, he writes: “If by international law we mean the right to war … it does really mean nothing.”

I am in favour of campaigning for a World Parliamentary Assembly (UNPA) because national democracy is in danger. The system of international relations is increasingly conditioned by the ideology of nationalism. Hamachandra Basappa is right to denounce the abuses of nationalism in India (“… this happens due to some incentives or a threat of investigations against some of the legislators. To contest an election, politicians and political parties spend millions of rupees… those with a national footprint join regional parties and contest the election”). The nationalism of the 21st century uses different tools from those of the last century, but the results are the same: national democracy is progressively suffocated until the political system falls into the hands of an autocrat. Mussolini and Hitler did not seize national power by force, but exploited an international crisis – fear of communism and social unrest – to gather the votes of a population frightened and eager for order. The institutions of national democracy – the rule of law, the popular vote, etc. – are not sufficient. National democracy collapses when the system of international relations is dominated by power politics and threats of war. We find ourselves in this situation: our enemy is nationalism. A world parliament is an alternative, but is it possible?

Even the United States, the beacon of democracy in the world, is today threatened by the danger of nationalism. If Donald Trump wins the next presidential election, US nationalism – “America First” in foreign policy and white supremacism at home – would become an imitated model in other countries: international anarchy would increase. It is foreign policy that conditions US domestic policy. President Biden promotes a foreign policy not much different from “America First.” Russia’s invasion of Ukraine provided him with an opportunity to further enlarge NATO, thus filling the power vacuum in Europe caused by the lack of a European defense. The strengthening of NATO was necessary to contain the Russian arrogance, but at the same time it provides a weapon in the hands of those who – starting with Russia and China – denounce the west’s neo-colonial policy. NATO is a military alliance; it is a form of nationalism because it divides the world between friends and enemies.

In the coming years, the European Union could be able to equip itself with its own means of defense and define its own foreign policy, which without denying the pact of friendship and cooperation with the USA, allows it to be politically independent. Without its own foreign policy, the EU risks disintegration. The war in Ukraine, when it ends, will cause a further painful division in Europe: the Iron Curtain, created during the Cold War, will move from Berlin to Kiev. Russia is a Euro-Asian country. Europe and Russia must succeed in overcoming divisions and finding away to break down the borders that divide them. I cannot discuss this issue here (I refer to, A new Atlantica Charter, Social Europe, 8th June 2022), but I observe that US foreign policy, to the extent that it exacerbates the contrast between “democracy” and “authoritarianism”, it is an obstacle to a serious policy of détente and peaceful international cooperation. On the contrary, the United States, together with Europe, should discuss seriously with all countries, including the “authoritarian” ones, how to deal with the major world emergencies, from military disarmament to the environmental crisis, through peaceful and democratic procedures.

Samuel Huntington’s doctrine on “The Clash of Civilizations” is misleading. Peaceful dialogue between different civilizations is necessary and possible. Consider the case of China. The political scientist Zhao Tingyang presented, with many historical details, the theory of the Tianxia system, elaborated in ancient China, about 2.800 years ago (All under Heaven. The Tianxia System for a Possible World Order, UCP, 2021). Tianxia means “All under heaven” and refers to a political ideology whose purpose was to maintain unity and peaceful cooperation between different political communities in the central plains of China. “All” means that beyond these peoples it was not believed that there were others: it was therefore a cosmopolitical vision. At the heart of this thought was the notion of “compatibility” which “refers to the capacity to transform enemies into friends within a pluralistically inclusive order of political security and peace” (p. 18). Zhao Tingyang does not limit himself to the historical reconstruction of the concept of Tianxia, but proposes it as a crucial idea for contemporary politics, as a strategy to overcome the dangerous contrast between great world powers. Here is his concluding proposal: “… the destructive forces unleashed by advanced technology, is likely to lead to the end of the world. Facing this problem, the only possible deliverance is to be establishing world institutions that can secure the flourishing of all persons and all states. And this would require the creation of new rules of the game that alter a logic of competition in order to bring about a world system based in universal compatibility and peaceful coexistence” (p. 192). Definitively, the cultures developed on all continents always contain a humanistic aspect that must be sought in their roots, because they were born to unite human communities. A humanistic and cosmopolitical culture of the 21st century is not autopia: it is a goal that can be achieved, with tenacity and courage. Humanity can become a political subject. The world will unite thanks to a new cosmopolitical humanism. Russia and China are not democratic countries. The first is an autocratic regime, the second a one-party regime. But dialogue with their citizens is possible. The WFM should try to open new sections in Russia and China. The debate for a cosmopolitical culture must start from the bottom, without prejudice and with mutual respect.

These considerations on Chinese political culture and on cosmopolitical humanism allow me to conclude with some proposals on the strategy necessary for the WFM to start a “constitutional moment”. As I wrote in my previous paper (Peaceful Coexistence and Constitutional Moment) it is good to keep in mind that constitutions are written only at the end of a constituent process, constitutions are written by constituent assemblies. The difficult task of the WFM is to identify how the constituent moment can begin. That is why I suggested that the most promising way forward was an initiative for a Global Green Deal, in which the means for its implementation were a reform of the International Monetary Fund (IMF), adopting the Triffin Plan, which would allow China to be involved and the dollar (as an international reserve currency) to be replaced with a basket of world currencies, SDRs). The second institutional means should be a Constitution of the Earth, a pact between humanity and nature, to define universal environmental legislation and assign to the International Criminal Court (ICC) the competence to punish the crimes of “ecocide”. Many ecologists support these reforms (V. Cabanes, Un Nouveau Droit pour la Terre. Pour en finir avec l’écocide, Seuil, 2015). These are reforms that do not create the World Federation, for example they do not propose universal military disarmament, but represent a step towards that goal; they are a governance of environmental sustainability policies, not a global governance, a world federal government. This kind of partial approach to the constituent problem stems from my experience in the MFE, when after the collapse of the Bretton Woods system in 1971, European federalists began to discuss a campaign for a European currency. The problem, for them, was that a European currency was not the European Federation. Mario Albertini then proposed the concept of “constitutional gradualism”, that is, making a piece of state to make a state. On this basis, we launched the campaign for the European currency and for the direct election of the European Parliament. In 1979, European governments initiated the EMS (European Monetary System) and European citizens elected the European Parliament by universal suffrage. The European Federation is not there yet, but a European Union, with its own currency, exists and the struggle to overcome its institutional shortcomings is ongoing.

Probably the term “pre-conditions” has generated misunderstandings. I propose to replace it with “constitutional gradualism”, therefore institutional steps forward, necessary to reach the World Federation. In this perspective, I hope that there will be no problems for the WFM to promote the campaign for a UNPA and the campaign for a Global Green Deal. One proposal complements the other, the first indicating that a step must be taken towards international democracy, the second that a “governance for the environment” must be created. These are objectives that the European Union, in particular the European Parliament, could support as a central chapter of its foreign policy. In developing this policy, the federalists – European and world federalists –would find many allies in the NGOs and beyond. The EU is the first example of a supranational union that has abolished borders between member countries and that can act to abolish national borders beyond Europe. The campaign for a Global Green Deal and a world Parliament would be a first, perhaps decisive, step towards a world constitutional moment.