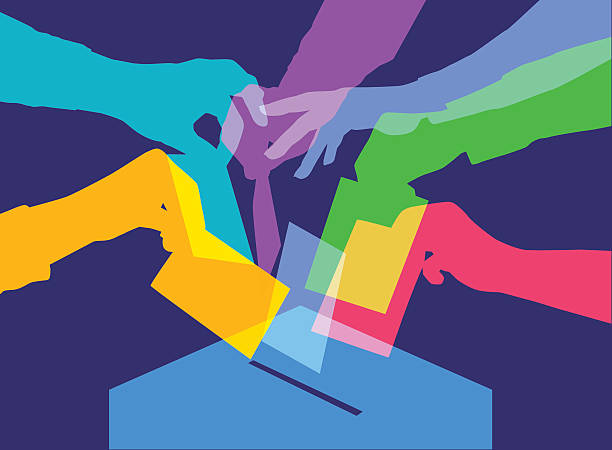 August 9th 2022 will mark Kenya’s highly anticipated presidential election. In the lead up to the elections, the nation’s headlines have been dominated by campaign sagas and political tensions, with the latter bringing to recollection harsh memories from the countries’ 2007 – 2008 post-election period.

The aforementioned period was marked by mass displacement, widespread sexual violence and numerous casualties, and serves as a painful collective memory for the nation. One cannot help but remember the subtle signs that preceded the civil unrest, including the hate speech and calls for violence incited by political leaders. The youth fell especially victim to this incitement, with reports indicating that 70 % of those that engaged in election related violence during this period were from this group. At the time, factors such as high unemployment and insufficient civic spaces contributed to the youth’s vulnerability to political violence.

Fifteen years later, the landscape isn’t much different. Unemployment rates in the country are at the highest they’ve been since 1995 at 5.7 %, while the cost of living continues to grow, with inflation proliferating upwards of 7%. At the same time, political tensions continue to mount with political leaders once again targeting the youth, and paying them to intimidate and ‘heckle’ the opposition along the campaign trail. This remains highly reminiscent of the events leading up to the election related violence in 2007,  and hints at the prospect of a repeat scenario.

That being said, the strong calls for caution issued to young people amidst the current political tension demonstrate commendable progress on this subject. The Archbishop of the Kisumu Archdiocese in Kisumu County, for instance, has urged the youth to opt for peace and refuse incitement, while civil society has amped up advocacy against youth engagement in political violence. Similarly, social media  platforms such as TikTok have made attempts to urge the youth to choose peace via a series of livestreams focused on “tolerance, building bridges and active citizenship.” Indeed, these efforts are an encouraging sign that there is some shift from the status quo. Such efforts should be reinforced, through behavioural change campaigns, and income generation initiatives; but there is also a clear need to build just and democratic institutions and civic spaces that allow the youth to meaningfully engage in politics, thereby promoting sustainable peace.

Such institutions could perhaps  strengthen the rule of law and accountability, ensuring that any voter dissatisfaction is addressed through a well-structured, just and independent institution that can uphold democracy and investigate any claims of undemocratic electoral processes, to the merriment of the youth. Furthermore, civic spaces for this subgroup ought to be expanded, for instance through increased efforts to increase youth representation in political institutions, providing them with the resources and skills to mobilise and advocate for the future they desire.

In addition to holding political leaders accountable for inciting youth violence, civil society has a large role to play in pushing for and supporting the development of  institutions and spaces for youth participation. Political leaders, on the other hand, ought to share the decision-making table with the youth, acknowledging them as agents of change through policy making, as opposed to as a means to personal power-driven gain. Indeed, there might even be a space for an institution that is awarded with international jurisdiction to ensure and promote free and fair elections across the globe.

As we ponder all these recommendations, we urge all stakeholders to play their role in promoting peace, and encouraging youth participation  in positive political engagement. As for the youth, heed caution and play an empowered role in advocating for the change you wish to see.